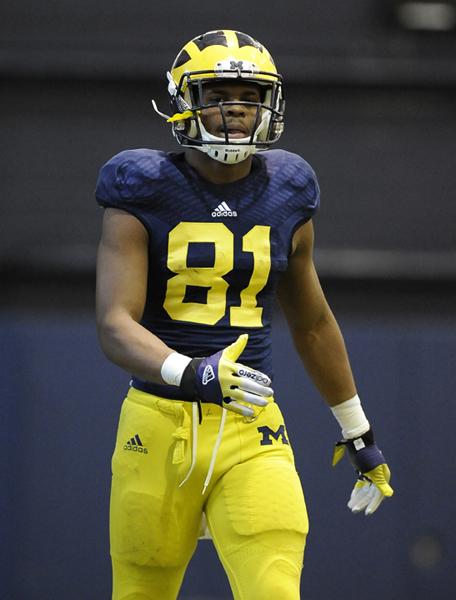 Brian Cole, a highly sought after recruit from the 2015 recruiting class, played one season at Michigan last fall but will no longer be a member of the Wolverines football program.

A four-star talent, ranked fifth among athletes and 65th overall, had offers from Ohio State, Michigan State, Nebraska and several others at the time of his commitment to Michigan. He played very sparingly at wide receiver in his freshman season, and has since been granted his release from the university after requesting a transfer.

247Sports reports Cole is now looking at Kentucky, Pitt, Arizona and Arizona State as his next landing spot, with Kentucky likely to receive a visit in the coming weeks.

If he were to become a Wildcat, he would likely have to sit out the 2016 season, then be ready for competition in 2017. And if he is as good as his recruiting rankings suggest, UK would love to have him, and could really use him.

Come on down, Brian!

4 Comments for Former Michigan Wolverine has eyes on Kentucky, plans to visit