Happy Mother’s Day to all you hot mom’s in the Big Blue Nation, y’all look great in blue.

Here are just a few favorite influential mom’s from recent UK history…what other Big Blue Moms stick out in your mind?

Tywanna is  KSR favorite, as her son Patrick was one of the only bright spots of the Gillispie era in Kentucky basketball. She was in attendance at most every game, and still travels around to watch Patterson in the NBA. You can tell she loves the game, and loves her son even more. 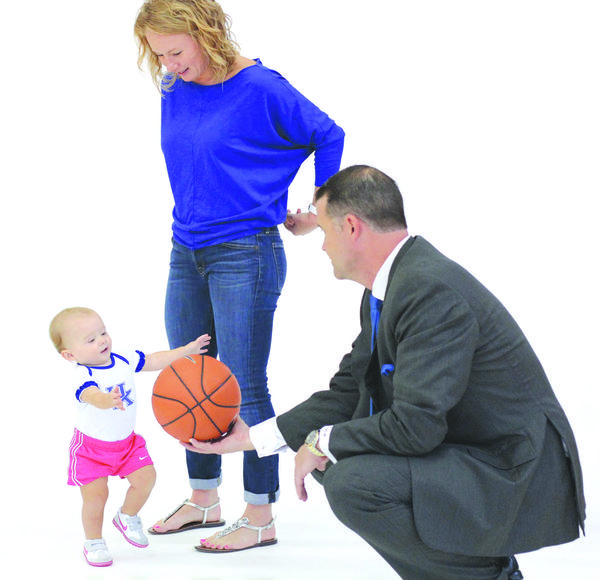 Jenna came to the Bluegrass almost eight years ago with her husband Matthew Mitchell, head coach of the Kentucky women’s basketball team. She now has two children, Saylor Rose Mitchell and Presley Blue Mitchell, and they are all a huge part of the overall culture of the UK Hoops program. She is the co-host of “Coach’s Kitchen” a hilarious segment on the always entertaining “Matthew Mitchell Show”. The chemistry between the two is so fun to watch, and she is a huge supporter of all things UK. You go, Jenna.

Randle’s mother stole our hearts this season as it was easily apparent to all how big of an impact she played in her ultra-talented son’s life. After she had to leave UK’s Elite 8 game against Michigan early to head to work, we loved her. It’ll be great to see how Randle gives back to his family as he soars off into the NBA. How could we forget this picture? One of the most iconic images from Kentucky’s National Championship season in 2012, Anthony Davis’ mom wore a unibrow’d mask to support her son. She’s awesome.

Want to wish all the mothers out there a Happy Mother’s Day but especially to all the moms who have entrusted me with their sons.

14 Comments for Favorite Moms in the BBN