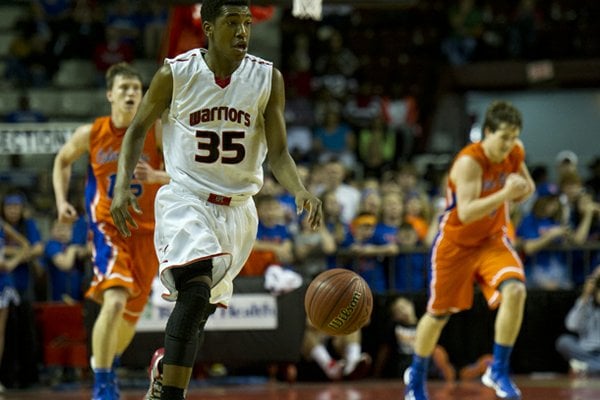 When it comes to the name Malik, many Kentucky basketball fans have become accustomed to hearing about 2015 5-star played Malik Newman, who is a big target for Kentucky. One of the risings stars in the class of 2016 shares the same name, and you should expect to be hearing a lot about him in the future. Malik Monk is the 6th rated player in the class of 2016 and garnered a lot of attention this weekend at the Peach Jam, dropping 40 points in front of Coach Cal and Bill Self, among others. Calipari reportedly could do nothing but shake his head at some of the long range 3-pointers Monk was burying in one of his games last night. Calipari thought he was important enough to watch that he made the trip BACK from Lexington to Augusta AGAIN last night after hanging out with LeBron just to catch Monk in action.

Adam Zagoria reported earlier today that Kentucky has extended an offer to the 5-star shooting guard from Arkansas. Monk also already holds offers from the likes of Kansas, Arkansas, Florida and Baylor.

Check out some highlights from Monk’s impressive weekend: