Tip-off in Rupp Arena is only a couple of hours away, so take a moment to learn about Kentucky State, the Cats’ opponent in the final exhibition game of the preseason:

This is more information on the Southern Intercollegiate Athletic Conference basketball than you expected to find today.

— Kentucky State’s mascot is the Thorobred, although that is not how you spell thoroughbred.

— The top four Thorobred scorers from a year ago are gone. They’re not like gone, gone, that kind of gone; but, they graduated and moved on to the next phase of life, like people do. They take with them 75 percent of the scoring from last season, leaving senior Grant Goode as the top returning scorer with 7.4 points per game in 2018-19.

— There are only two Kentucky guys on Kentucky State’s roster: Felix Wilson, a product of Henry Clay High School in Lexington, and Trey Hill from Pleasure Ridge Park in Louisville. Wilson played and started in 25 games in his redshirt junior year last season, while Hill is new to the club after transferring in from Dodge City Community College in Kansas.

— The father of the aforementioned Felix Wilson is also named Felix Wilson. You may recognize the name because Sr. played wide receiver at the University of Kentucky from 1977-79. The older Felix Wilson caught 90 passes for 1,508 yards and three touchdowns in his three seasons as a star wide receiver in Fran Curci’s offense. 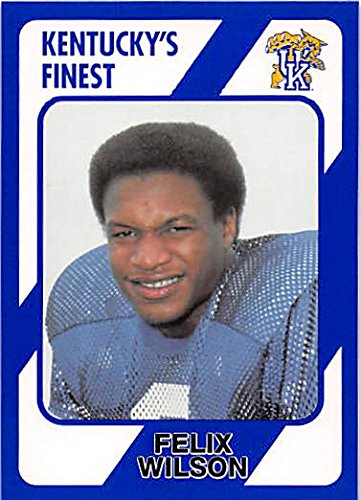 Here is another fun Felix Wilson Jr. fact: He was an assistant coach on Ryan Lemond’s son’s AAU team this past summer.

This will be Moore’s second trip to Rupp Arena to face the Wildcats. He played five minutes when Tennessee State came to Rupp last year. And got a rebound!

— Tomorrow, Kentucky State will travel to Bowling Green to face Western Kentucky in another exhibition with less than a 24-hour turnaround between games.

3 Comments for Exhibition No. 2 Preview: All You Need To Know About Kentucky State