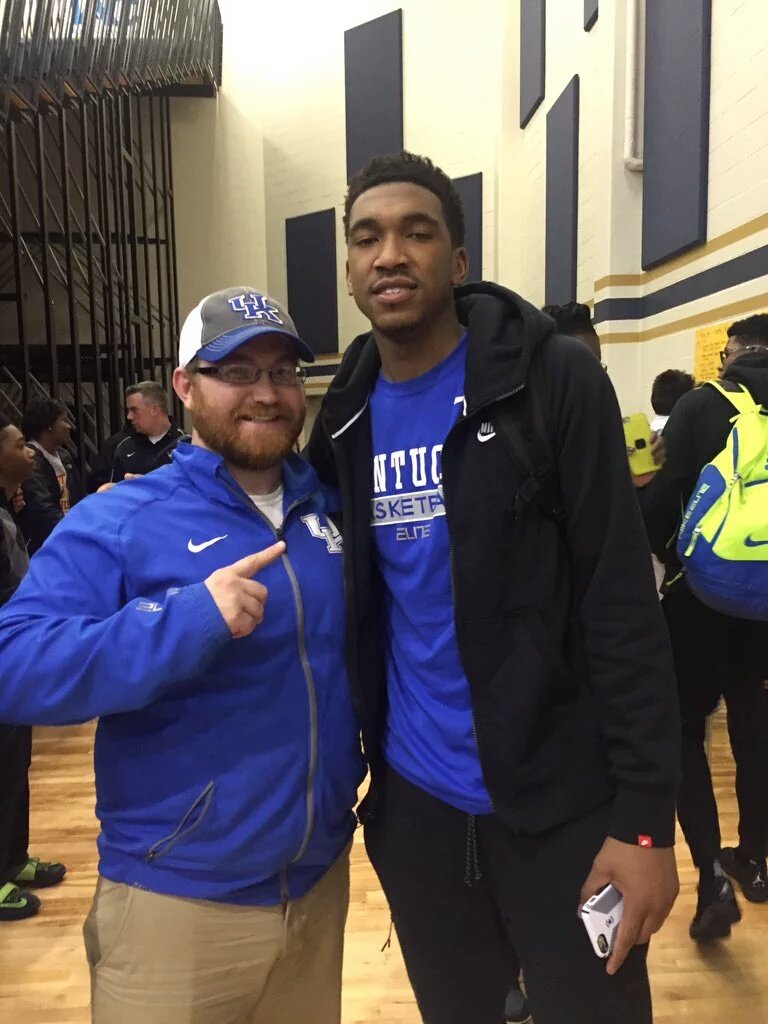 The Spalding Hoophall Classic rolls on in Springfield, Massachusetts, and this morning, John Calipari was front and center to watch future UK shooting guard Malik Monk and the Bentonville Tigers take on St. Anthony High School. Bentonville lost 72-50, but Monk was named MVP after finishing with 22 points, 8 rebounds, 6 assists, and 3 steals despite being double-teamed throughout the game.

Today’s was the latest of several impressive performances by Monk, who earned plenty of praise this weekend. His coach, Jason McMahan, told Adam Zagoria that Monk reminds him of both Steph Curry and Russell Westbrook. Tell me more, tell me more…

“I’ve not been able to find his ceiling in looking for it,” McMahan said. “He’s going to for sure be a guard. As a guard, what is it that he can’t do? He has vision, he has elite athleticism. He can pass it, shoot it, those sort of things, so you see some combinations of some of the things that Curry can do that make him so great and you see some of things that Westbrook does that make him so great. Not so much the comparisons but those characteristics, and so it’s hard to put [a ceiling] on him for me.”

Zagoria also spoke to Monk, who said he texts with his fellow 2016 signees “every day” and can’t wait to get to Lexington. To read more of his interview with Zagsblog, click here.

I’m traveling to Arkansas for the UK game on Thursday and am hoping to meet up with Monk at some point for an interview, so cross your fingers that the people in his camp get back to me. Then watch these highlights of Monk showing out at the Hoophall Classic: