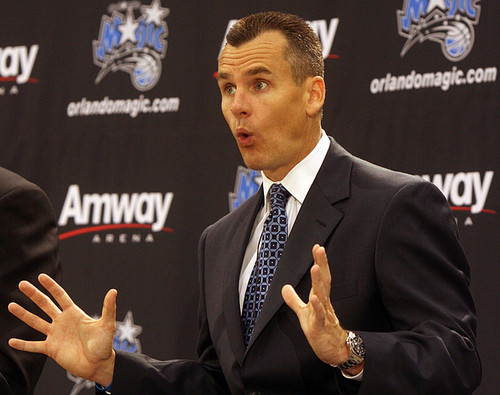 According to ESPN’s Marc Stein and his top-secret league sources, Billy Donovan is interested in going back to the NBA, but this time for longer than one day.

Stein reports, “Donovan is poised to draw interest from multiple NBA teams this offseason and is increasingly prepared to listen to those pitches after the Gators endured a 16-17 season in which they failed to qualify for postseason play for just the second time in Donovan’s nearly two decades in Gainesville.”

The Denver Nuggets and Orlando Magic are two teams reported to have interest in Donovan.

8 Comments for ESPN: Billy Donovan will listen to NBA offers