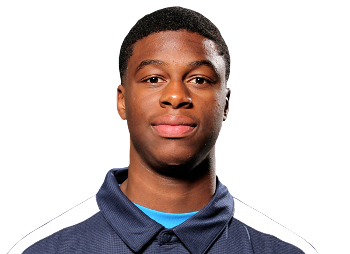 There’s a new development in the recruitment of Emmanuel Mudiay. The top point guard in the 2014 class has to decided to announce his decision tomorrow at the Under Armour Elite 24 game. Mudiay has long been considered to be a Kentucky lean, but the timing of the announcement is concerning. He has visited SMU several times recently and Scout.com’s Evan Daniels tweeted that he wouldn’t be shocked if Mudiay chose to stay close to home.

And then there is this tweet from Mudiay last week…

Sometimes u just have to shock the world!