This morning we’re celebrating the music career of one Eddy Futch, known professionally to the country music world as Eddy Raven.

Raven had six No. 1 hits in his day, beginning with the timeless “I Got Mexico” back in 1984. Sing along with me! You know the words!

Of those five classics, I must say, “Shine, Shine, Shine” is the one I can’t go an entire day without hearing. Sing along with me! You know the words!

Speaking of Louisiana-Lafayette, there’s a pretty big football game going on tomorrow and…

Yesterday, Stoops said, “Our people within the Big Blue Nation and certainly within the athletic department have been amazing. It’s important to a lot of people, and we recognize that. I think Mitch does a wonderful job. He’s very passionate and he cares greatly. From him on down to the other coaches and teams and support staff and administrators and all the people that have been in there trying to get the stadium ready, we can’t thank them enough. It’s very important to them; it’s very important for us to out there and play well.”

Now it’s time for him to hold up his end of the bargain and start putting some wins on the board. That starts tomorrow with the inaugural game in the New CWS.

Not going to get carried away until I see Kentucky tomorrow, but after checking out the Gamecocks last night, I’m a little more confident in UK’s Week 2 chances. Spurrier’s quarterback didn’t show me anything — Would Barker be starting there? — and the secondary is weak. Again, still have to see what the Cats throw out there, but there’s some new optimism after watching last night’s game.

Vandy fans really seemed to care about the season opener: 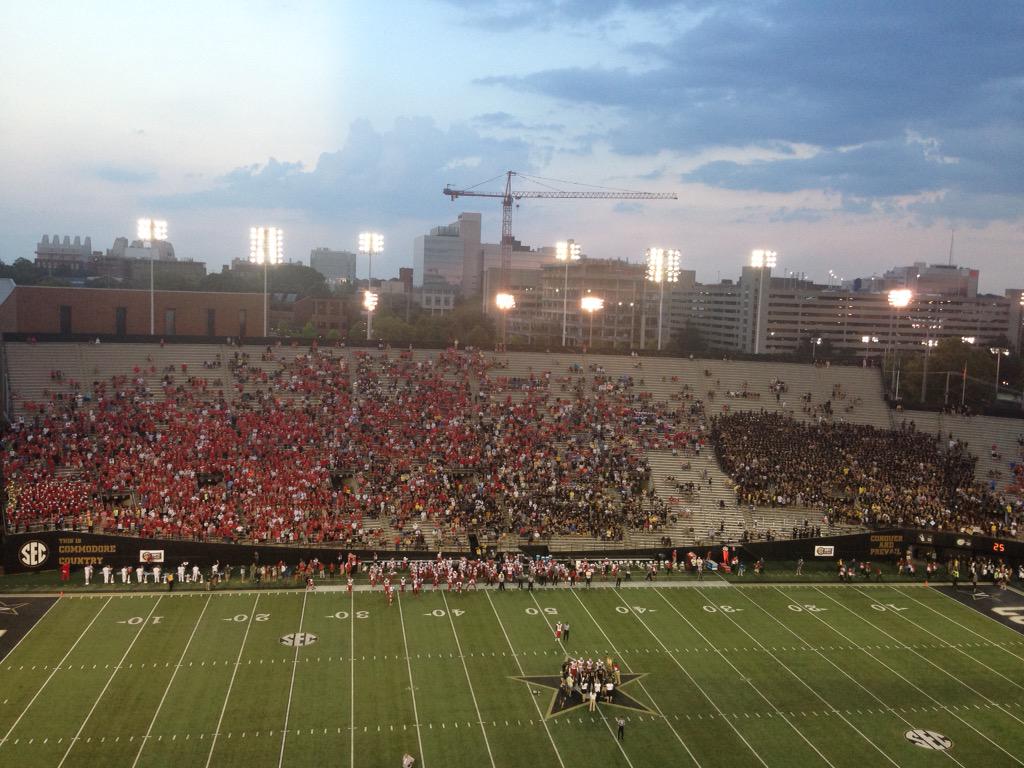 It’s going to be a long year for the ‘Dores.

That comes from a tweet from Hoop DFW, which describes itself as an “NCAA certified scouting service in Dallas/Ft. Worth.”

I guess we can trust them.

Tons of UL-Lafayette stuff coming throughout the day…

But first, KSR radio in one hour.