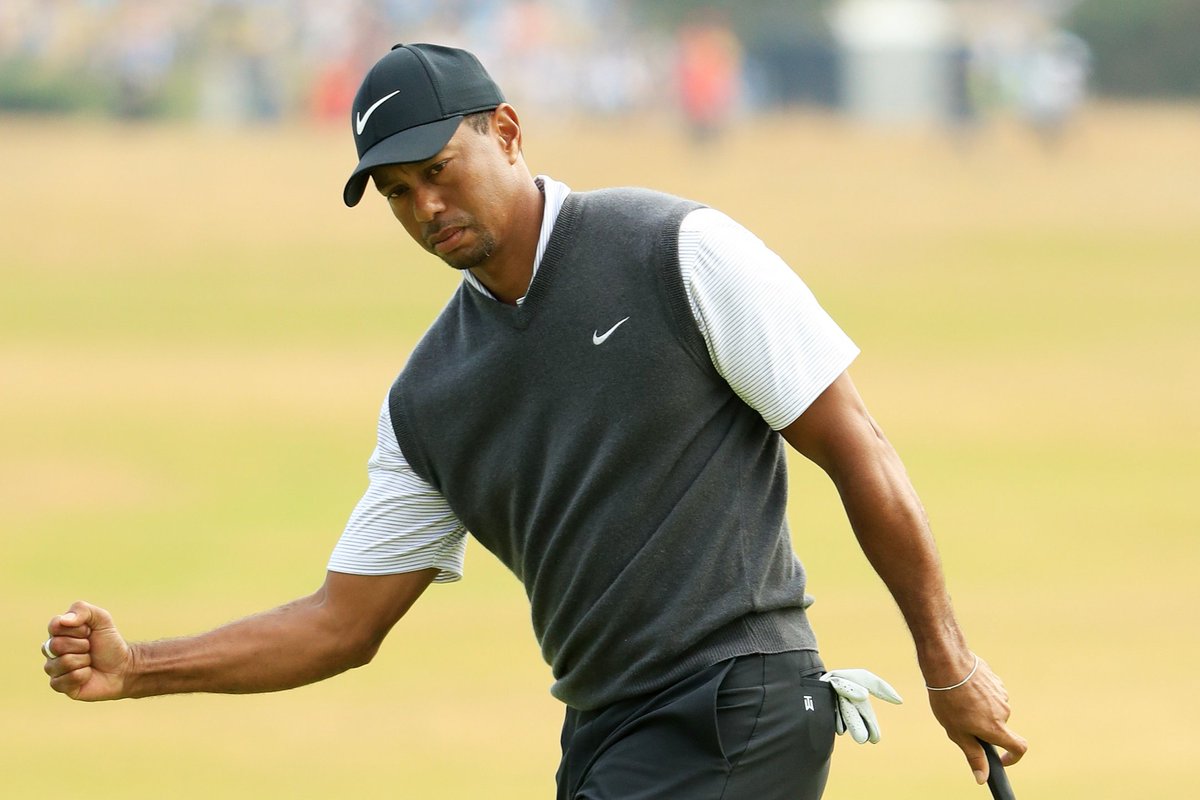 Folks, Tiger Woods is back.

The man who changed the game of golf has been MIA on major championship Sundays since his iconic victory at Torre Pines in 2008.  After a decade of scandal, injuries and swing changes, Tiger Woods has put himself in a position to return to glory.

Woods started his Saturday at Carnoustie six shots behind the leader.  Six birdies later, he was tied for the early lead and fist-pumping back into our hearts.

Three birdies in his opening 9 holes, @TigerWoods is on the prowl.https://t.co/qpzqXJ4BrC#TheOpen pic.twitter.com/LhvbsakZRi

Unfortunately, the lead was not meant to last.  He bogeyed 16, his only bogey of the day, as Kevin Kisner sank a birdie.  Woods shot a 66 and is (as of right now) just two shots back entering the final round of The British Open.

If you leave now, you can make it to Scotland in time to see Tiger’s return to glory.

9 Comments for DON’T GEEK: Tiger Woods is in Contention Entering the Final Day at The Open