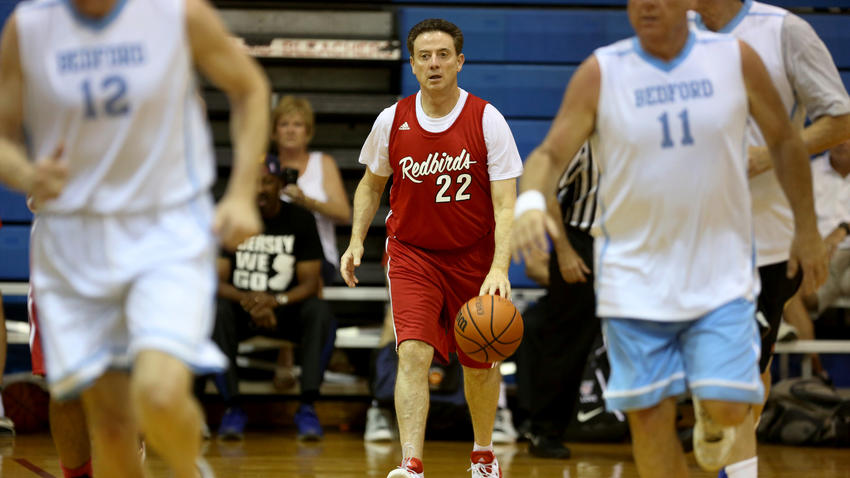 When Kevin Knox committed to Kentucky minutes after the Kentucky Derby, the Big Blue Nation was shocked.  John Calipari had relentlessly recruited Knox for months, so there was at least a sliver of hope he could come to Kentucky, albeit highly unlikely.  What Rick Pitino (maybe) just did is even crazier.

Brian Bowen is a five-star McDonald’s All-American who helped lead La Lumiere to a National Championship.  Unlike most recruits, the Top 20 prospect had no firm list of leaders.  From DePaul and Creighton, to Oregon, Michigan State, Arizona and Texas, his list didn’t shrink after the McDonald’s game, it grew.  Louisville was not even in the picture until Drew Deener reported Tuesday that he took an unofficial visit to Louisville over the week.  Now this:

Got a tip that Brian Bowen had enrolled . I'd say this is good news unless there are two of them pic.twitter.com/PbIQc74z7G

As of yesterday, a Brian Bowen enrolled at the University of Louisville.  Jeff Greer reports Tugs (yes, that’s what people call him) has not yet signed financial aid papers.  Bowen announced on Twitter he will officially Tweet his decision tomorrow at 4:00.

At almost the last possible minute, Pitino picked up his highest-ranked recruit since fourth-ranked Samardo Samuels signed in 2008.  What does Pitino’s best player in a decade mean for the Cardinals, and more importantly, for their matchup with Kentucky?

1. Pitino has to figure out how to play with Freshmen

After losing Donovan Mitchell and Jaylen Johnson, he has found formidable replacements in Malik Williams and a combination of Bowen and Darius Perry on the wing.  He’ll have the No. 6 class in America, his best ever at Louisville, but can he do anything with them?

Mitchell, Terry Rozier, Motrezl Harrell and many more hardly contributed until their sophomore seasons.  Even with Deng Adel back, he has to be able to play Williams, Perry and Bowen, a sure-fire one-and-done.  Tom Izzo bit off more than he could chew last year with one-and-dones and I’d be shocked if Pitino doesn’t do the same with this year’s talented group of freshmen.

I spent last night in a text-chain with my UofL-fan friends.  Naturally, they were extremely excited, ready to say there’s no way Kentucky can compete with Louisville’s length.  In fact, Cal and Rick both have good problems on the wing.  Here’s who they’ll play in the two/three spots:

Kentucky has three guys who are probably at their best playing the three-spot; the same goes for Louisville.  Cal and Rick must stretch a few guys out to the two at times, and into the post at the four at times.  It will make this year’s game at Rupp Arena one of the most interesting matchups since Calipari arrived at Kentucky.

3. We get to make fun of Bowen’s Hair

Just look at it.  It couldn’t possibly be any worse.

29 Comments for Did Rick Pitino just pull off the Recruiting Shocker of the Century?