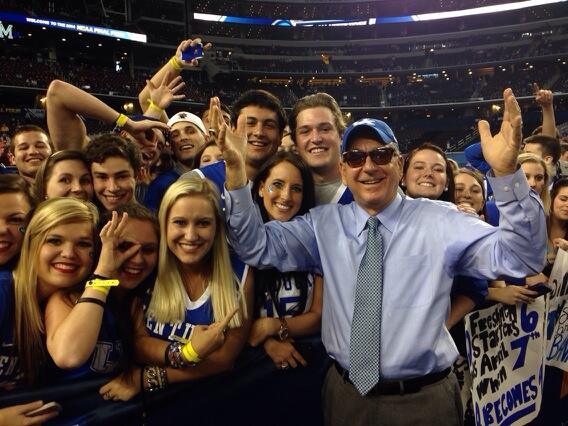 Dick Vitale took a break from Instagramming photos with random strangers at The Broken Egg or of his family playing tennis to join Matt Jones on Kentucky Sports Radio radio this morning. Vitale was on to discuss his charitable work with the V Foundation and next year’s Kentucky Wildcats.

Vitale will host his annual gala in Sarasota this weekend where he will follow through with his promise to raise $250,000 in Lacey Holsworth’s memory. He also had good things to say about our basketball team, assuring us the Cats are in position for a Final Four run once again.

He said UK isn’t a lock to win it all in 2014-15 because anything can happen in a one-game scenario, but “Kentucky will be a lock to be in contention for the title.”

We’ll have the whole interview on the site a little later today.

6 Comments for Dick Vitale on KSR: “Kentucky will be a lock to be in contention for the title.”