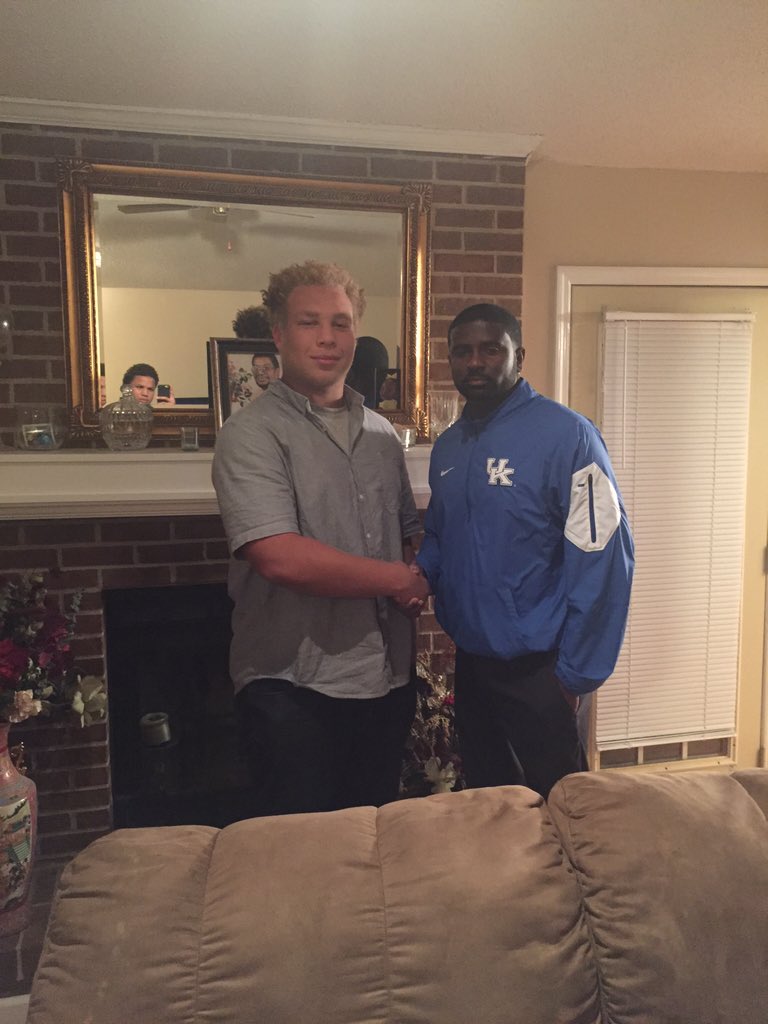 Earlier this week, defensive backs coach Derrick Ansley was mentioned as a strong candidate to join Georgia’s staff under new head coach Kirby Smart, under whom Ansley worked as a graduate assistant at Alabama in 2010-2011.

Considering the defensive backs position is arguably the strongest and most promising on Kentucky’s team going into next season, keeping Ansley is a priority right now. That’s why I was really happy to see this picture of Ansley and future Cat JaQuize Cross, aka the most interesting looking high schooler in the world:

Need both of these guys to stay #ALLIN.

3 Comments for Derrick Ansley on the recruiting trail