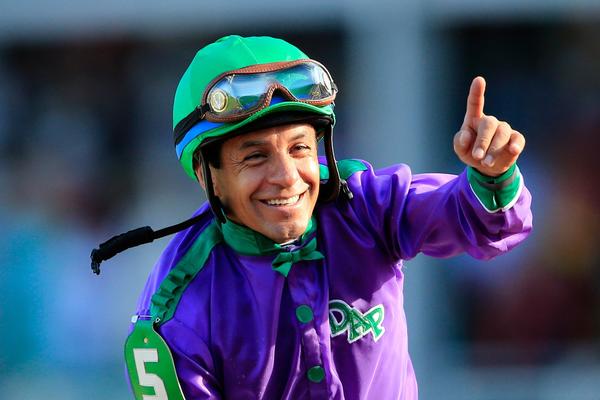 Victor Espinoza, the winning jockey of the 140th Kentucky Derby, has pledged to share 10% of his earnings with a children’s hospital in Los Angeles.  Following his 2nd Kentucky Derby win, he immediately made it known what yesterday’s victory meant to him.  41-year-old Espinoza broke down in tears while speaking about his commitment to help children suffering from cancer.  He recalled a visit he had made to the City of Hope Hospital, a cancer ward for children:

“It makes me cry to see all the kids that can’t even have a life like we have.  Since that time, I donated 10 percent of my earnings for all the kids that have cancer.  It changed my life to see those kids like seven, eight, 10 years old, 20 years old.  I hope today what earnings I have (from the Kentucky Derby) I can make a change to one of those kids,” said Espinoza.

Espinoza had previously won the Kentucky Derby, guiding War Emblem to the victory in 2002.  The Triple Crown was almost complete, but a stumble out of the gate at the Belmont cost Espinoza the opportunity.  With California Chrome, he now has another shot of fulfilling his dream and continuing to help support children with cancer.