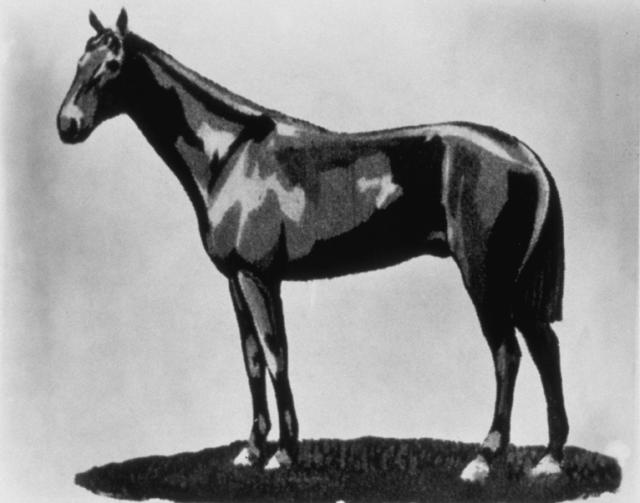 A sketch of Apollo, via Kentucky Derby

There’s a curse on the Kentucky Derby that’s lasted almost as long as the race.  This year it could finally be broken.

A few have almost broken Apollo’s curse in recent years.  Curlin finished third to Street Sense in 2007 before eventually defeating him in the Preakness.  Summer Bird had a sixth-place Derby finish in 2009, but beat the Derby winner Mine that Bird in the Belmont.  Two in this year’s field are poised to end The Apollo Curse.

Justify did not race as a two-year old, but will enter the starting gate as the 3-to-1 morning line favorite.  The big, beautiful beast has won all three of his races with ease.  Unchallenged in the Santa Anita Derby, Bolt d’Oro only got within a length of Justify for a few seconds down the stretch.

Todd Pletcher’s Magnum Moon has won all four of his races as a three-year old, including the Rebel Stakes and Arkansas Derby, but did not run as a two-year old.  The horse opens with 6-to-1 odds, the third-highest in the field.  If he didn’t take a weird, wide turn at Oaklawn, he might have challenged Justify to be Saturday’s favorite.

If there was ever a year for Apollo’s 136-year curse to be broken, it’s this year.