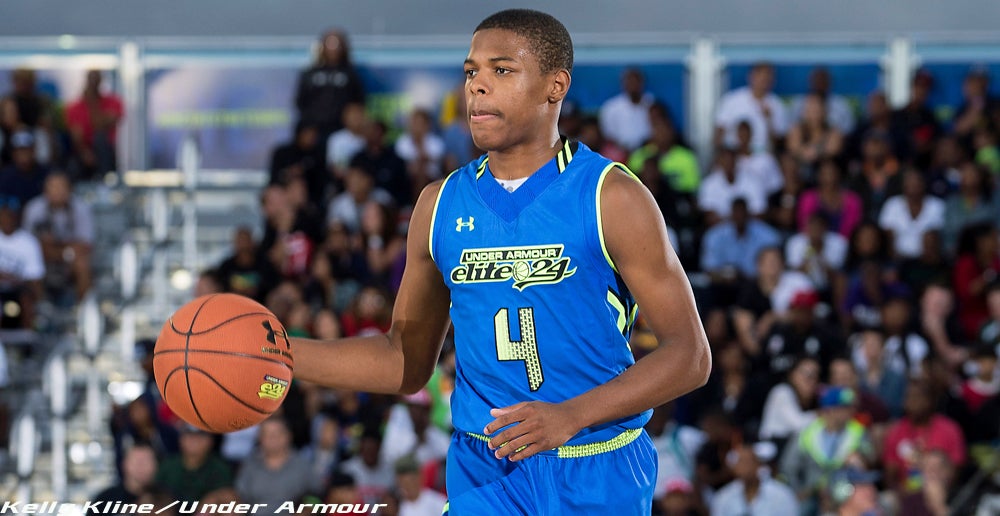 Alongside De’Aaron Fox and Kobi Simmons, Dennis Smith Jr. is one of the elite point guards in the class of 201.  Tonight, ESPN’s #1 point guard pledged to play for Mark Gottfried at NC State.

Gottfried isn’t messing around.  After visiting Smith in a helicopter yesterday, tonight he has an in-home visit with PF Udoka Azubuike.  Bam Adebayo, the 3rd ranked PF and 11th overall, could also be a part of Gottfried’s class.  Bam’s AAU coach told Adam Zagoria, “he loves playing with Dennis.”  Kentucky is also in contention to land Bam (which would do wonders for the local t-shirt industry) who plans to take a visit to Lexington, but it’s easy to worry that Gottfried’s early moves will pay dividends.

I gotta tip my cap to Gottfried.  There’s no better time to recruit than when your opponent is being inducted into the Naismith Hall of Fame.