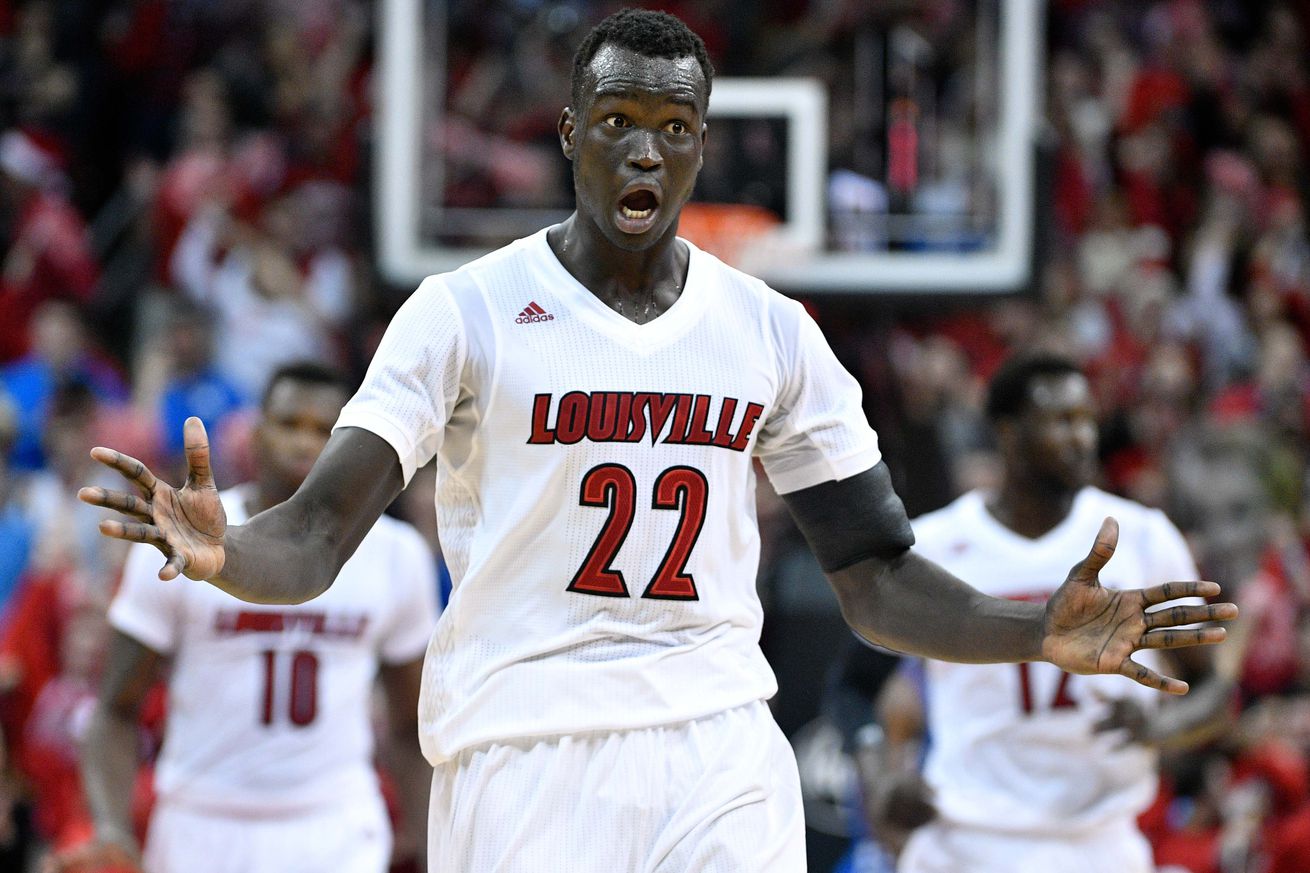 Unlike the 2013 National Championship banner, Deng Adel will be in the KFC Yum! Center when Louisville plays its home basketball games next season. The sophomore forward announced today that he will return for a third season with the Cardinals after testing the NBA waters this spring, to no avail.

Last season Adel averaged 12.1 points and 4.5 rebounds in 30 minutes per game. He will be one of the centerpieces of Rick Pitino’s team next spring, especially with the early departures of Jaylen Johnson and Donovan Mitchell.

On a personal note, I really like that “Hello” song he does. “When We Were Young” is another big hit of his. He is very talented.

19 Comments for Deng Adel pulls out, returns to Louisville for junior year