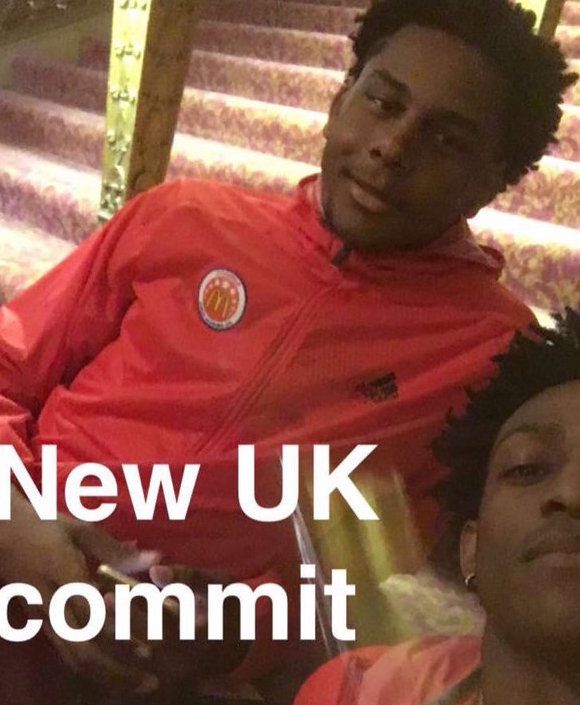 De’Aaron Fox has been the frontman in recruiting Marques Bolden to join UK’s 2016 recruiting class. The two Texas natives grew up playing basketball against each other in area leagues and Fox is doing his best to persuade his friend to join him at Kentucky. Today, USA Today HS Sports’ Jason Jordan posted Fox’s final pitch to Bolden, who is reportedly still torn between Kentucky and Duke:

“Hey Marques, it’s your boy D-Fox. Man, I know your decision is coming up pretty soon, but we already know Kentucky’s the best spot for you. You’re trying to live out your dreams, you’re already know we have the best coaching staff in the country to prepare you for the next level.

Bam [Adebayo], Malik [Monk], Sacha [Killeya-Jones], Wenyen [Gabriel], Brad [Calipari], and I all want you to join this great freshman class that we’re about to have next year. I don’t have to tell you how much Big Blue Nation wants you. So, hey, it’s your decision, but you already know what the right one is.”

Meanwhile, Duke signee Jayson Tatum delivered his pitch in what seems to be a dark car in the middle of the night, urging Bolden to come be the “last piece” and touting the number of players Duke has coming back:

I know I’m biased, but Fox clearly makes the best case. With Bolden reportedly torn between his desire to go to UK and his parents’ desire for him to go to Duke, as Fox said, come on, ‘Ques. You already know what the right choice is.