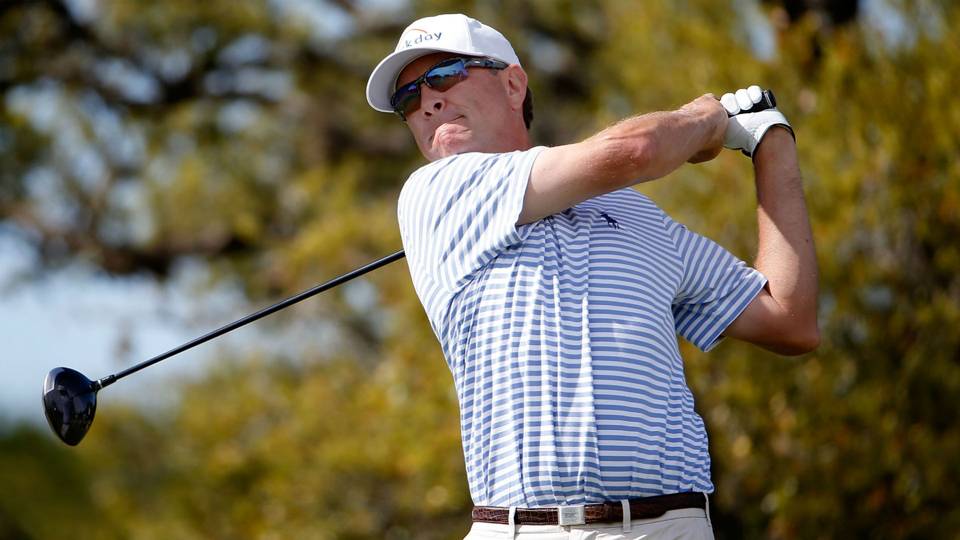 The PGA TOUR is coming to Central Kentucky for the 2018 Barbasol Championship July 16-22nd. Some of the best talent in all of golf will make their way to Champions at Keene Trace Golf Club seeking a piece of the championship’s $3.5 million purse.

Last year’s tournament featured seven major winners including Davis Love III, Jim Furyk, Retief Goosen, Lee Janzen and Angel Cabrera. This year’s field will have some players will special interest to Kentuckians. The tournament is providing sponsor exemptions to pro and Kentucky native Josh Teater as well as University of Kentucky stand-outs Cooper Musselman and Chip McDaniel who will begin their pro careers at the tournament.

Numerous volunteers are needed to put on this PGA TOUR event. Get signed up here- https://barbasolchampionshipky.com/volunteer/

The 2018 Barbasol Championship just added a World Golf Hall of Famer to the field.

Davis Love III, a 21-time PGA Tour champion and major title winner, has officially announced he will participate in the event at Keene Trace in Nicholasville, KY in July.

Love won the 1997 PGA Championship and finished second at the Masters twice and at the U.S. Open once. He was also the captain for the United States at the Ryder Cup in 2016.

The newest addition to the Barbasol Championship entered his name into the preliminary field last week and will reportedly play alongside his son, Dru Love.

According to the official release, “Love’s best finish this season was a T28 at the CIMB Classic which Justin Thomas won last October. He also made the cut this spring at the Arnold Palmer, the Punta Cana event and the RBC Heritage in Hilton Head. His last victory came in the 2015 Wyndham Championship in Greensboro. He could still qualify for the Open, which is played the same weekend as the Barbasol Championship, but would need a high finish in next three weeks at the National, the Greenbrier or the John Deere Classic.”

Here is the official ticket and parking information for the big event:

All spectator parking for the Barbasol Championship will be at Keeneland with shuttle buses running to the course continuously throughout the day. Daily parking during competition rounds on Thursday-Sunday is $10 per day with free parking offered for practice days on Tuesday/Wednesday.

There will be no spectator parking at Champions at Keene Trace. In addition, Delaney Ferry Road near the course will be “restricted access,” and no local “park and walk” opportunities will be available. Those spectators utilizing a ride-share drop-off and pick-up lot will be available off Keene South Elkhorn Road (KY-1267) with local shuttle transporting spectators to the course.

Spectator parking passes for Thursday-Sunday at Keeneland are available for purchase now at www.BarbasolChampionshipKY.com. Keeneland also will play host to the Concours d’Elegance car show on Saturday, July 21, so spectators are encouraged to purchase parking passes in advance to secure a spot at the track.

Daily tickets (Thursday-Sunday) for the Man O’ War Paddock are now on-sale at Ticketmaster.com. This upgraded ticket offers grounds access and entry to the air-conditioned Man O’ War Paddock which includes a premium food and beverage menu available for purchase, flat-screen TVs and restrooms for club patrons. Daily tickets for the Paddock are $110 each with a four-day pass priced at $400.