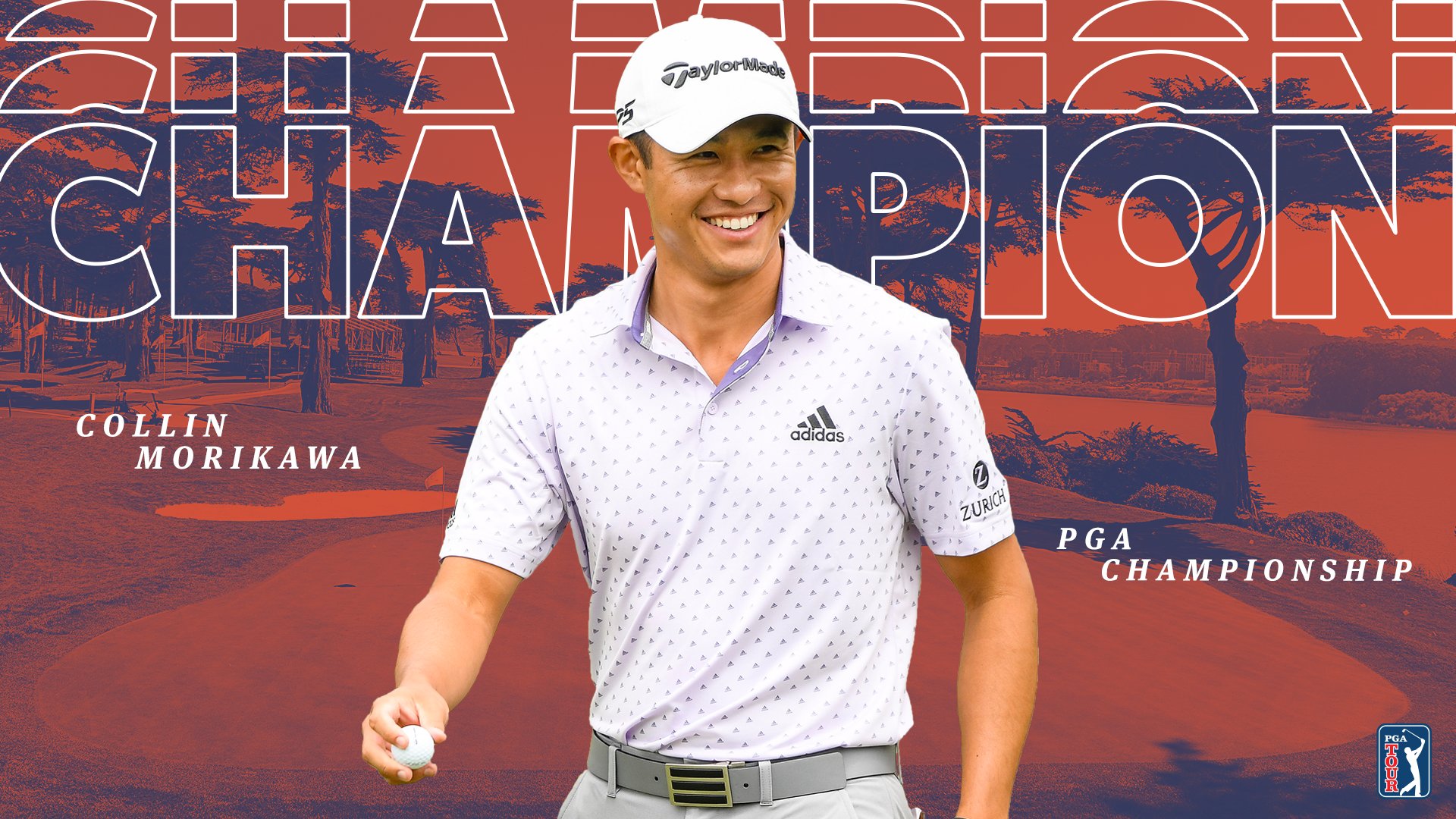 Collin Morikawa has won the 102nd PGA Championship at TPC Harding Park in San Fransisco after shooting a 64 in his final round. With the win this evening, Morikawa becomes the youngest player to take shoot under a 65 in the final round of a major.  He also takes his first major, becoming the first player since 1934 to win a major in their second appearance, and he becomes just the ninth player in PGA championship history to win the tournament in his debut.

Morikawa quite possibly had the shot of the year on 16 when he drove the ball 320-yards onto the green to set up a would-be-eagle to set him up for the win.

As the leader in a major with all the pressure, Collin Morikawa dials up this drive? Unreal. pic.twitter.com/dy7VUdCwAc

He would end the day with a tap in par to seal the championship over Dustin Johnson.

"The California kid is the new star in the game of golf!"

Here is how the rest of the top five shook out:

Tiger Woods finished 37th at one-under on the weekend with a final-round score of 67.

At the end of the day, golf has its newest star with Collin Morikawa.