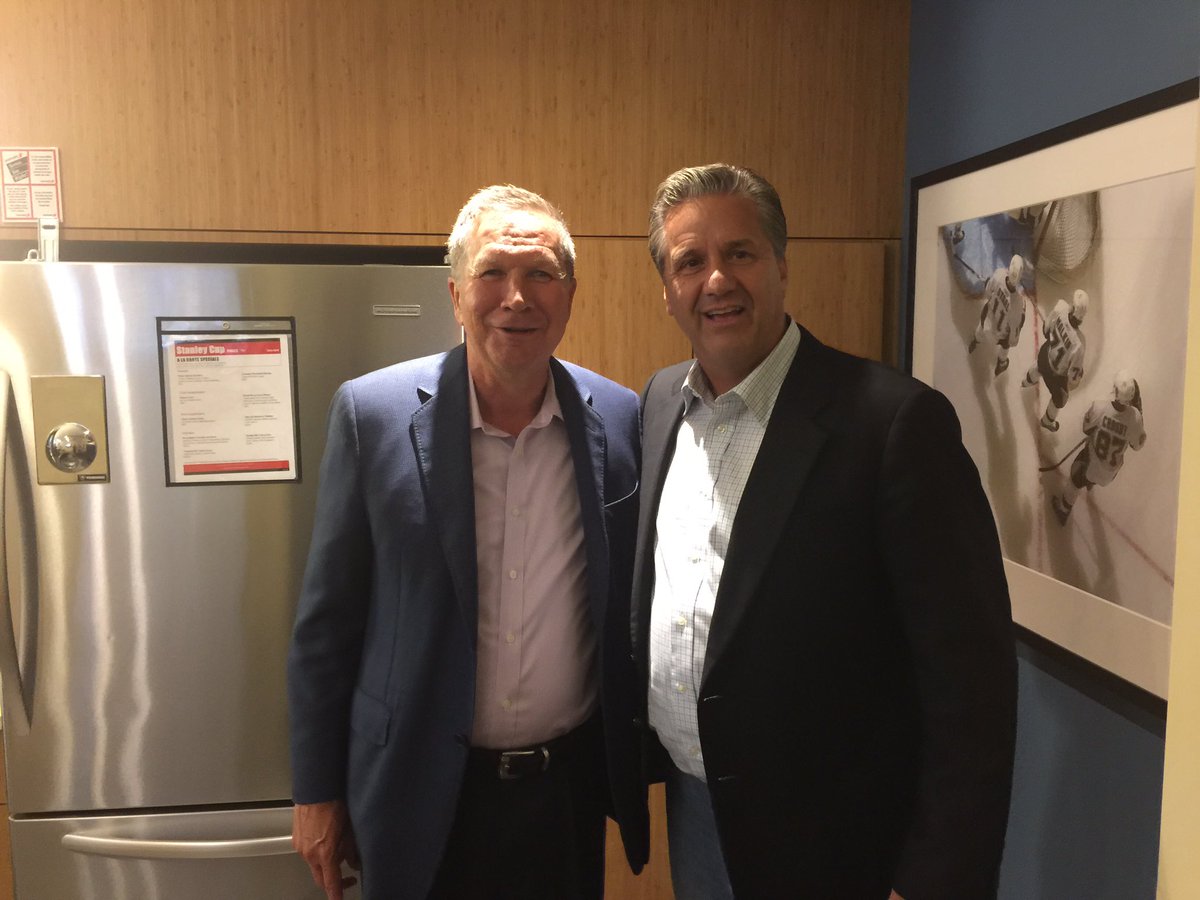 After holding his first team meeting of the year, John Calipari made his way to Pittsburgh to watch the Penguins take on the San Jose Sharks in the Stanley Cup Finals.  Getting in the arena isn’t easy tonight; a win will give the Penguins the Cup.

In between the action on the ice, he’s hanging out with former Republican Presidential candidate John Kasich, and searching for comparisons to basketball.

2-2. This is exciting stuff! Unbelievable environment!!! Pens fast break looks like it belongs in Rupp. pic.twitter.com/6L3n6n5Zk9

Even though we aren’t big hockey buffs around here, this game is as exciting as it gets.  You should tune in.