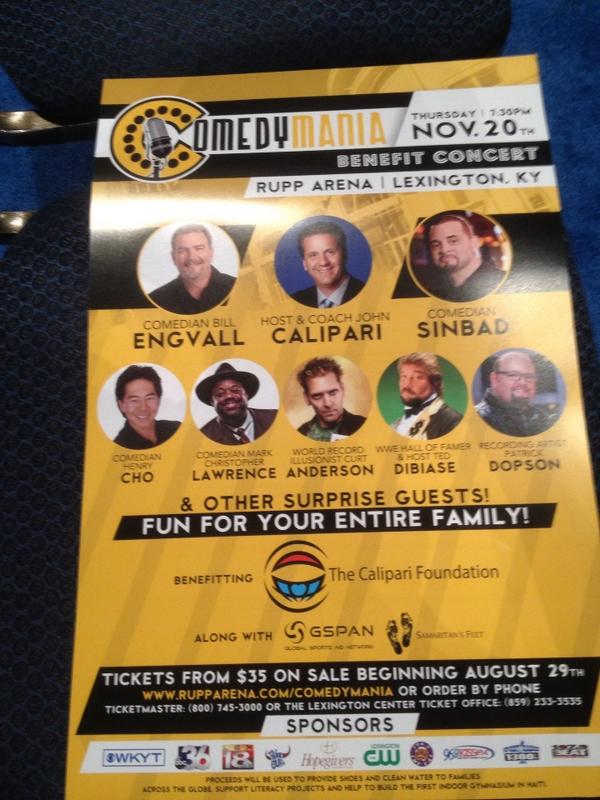 I’m not sure if this is what John Calipari was referring to when he said he had something crazy/big up his sleeve, but the news that John Calipari is hosting a comedy event fundraiser in Rupp Arena is certainly unexpected. John Calipari has planned a “Comedy Mania” fundraiser event in Rupp Arena for November 20th that will include Bill Engvall, Chistopher Lawrence, and Sinbad, among others. Proceeds raised from the event will go to benefit Haiti and the Samaritan’s Feet Foundation.