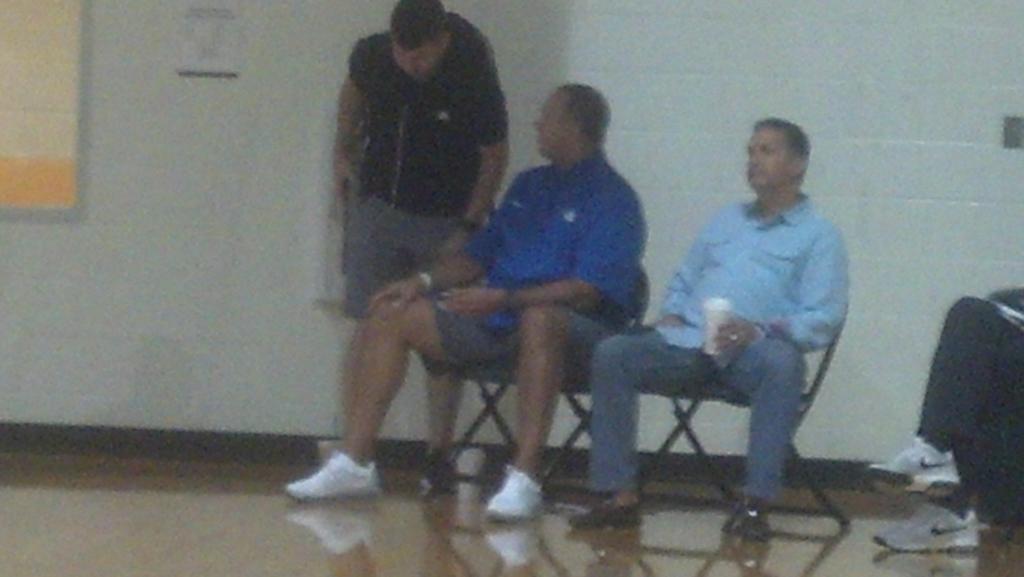 Calipari was up early with his coffee and Tony Barbee to watch Rawle Alkins at the adidas Uprising All-American Camp in New York. Alkins, who announced last night he will attend Big Blue Madness, told Adam Zagoria he hears from Kentucky “almost every day.”

After watching Alkins earlier this morning, Cal moved over to Court 1 where he is now checking out Kobi Simmons, his top backcourt target in the 2016 class. Simmons also said he talks to the UK head coach almost every day.