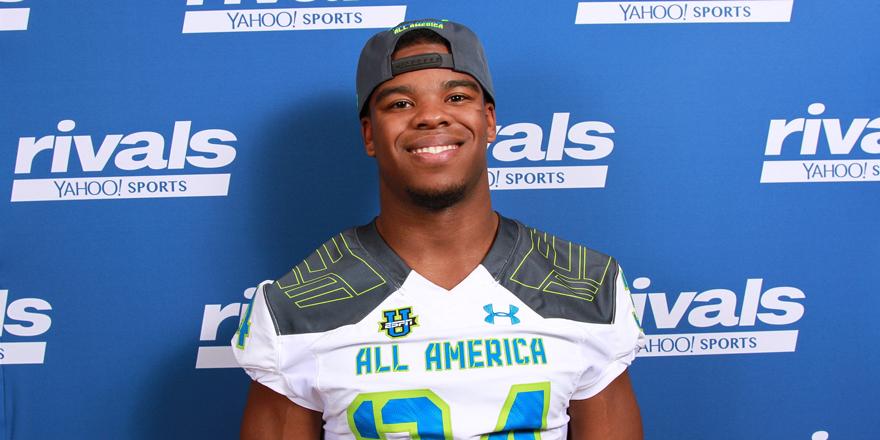 Damien Harris is in Orlando for the Under Armour All-American Game, and this afternoon, turned in this impressive touchdown:

Harris recently confirmed that his final three are Alabama, Kentucky, and Ohio State, and last night, gave some pretty encouraging quotes about the Cats to Rivals’ Mike Farrell. “I’m extremely, extremely close and comfortable with the coaching staff there, probably more so than any other staff out there,” Harris said.

During his downtime today, Harris posted this awesome response to a Louisville fan on Twitter: