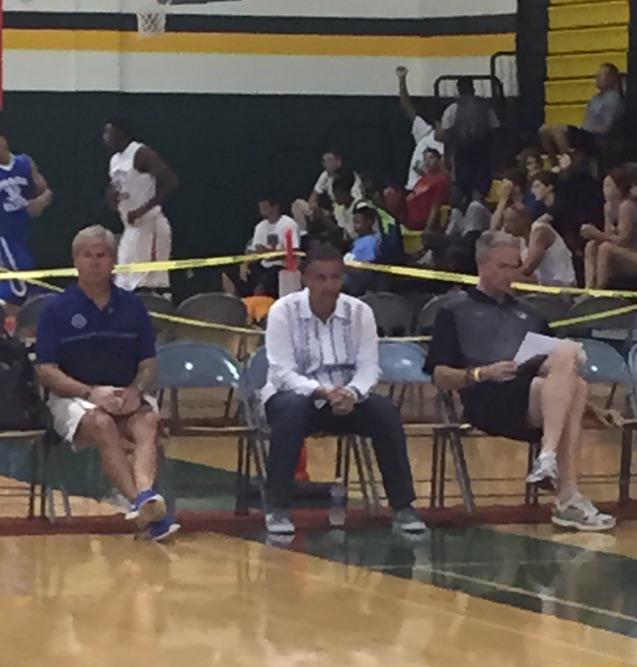 After watching point guard Dennis Smith in Vegas yesterday, John Calipari and staff have moved over to Kansas City to see Gary Trent Jr. play in the KC Hardwood Classic.

The 2017 shooting guard picked up an offer from Kentucky last week. At 6’5″ 190 lbs., the son of former NBA player Gary Trent is considered the best shooting guard and the eighth overall prospect in the 2017 class.

According to recruiting writer Scott Burgess, Trent is putting on a show for Cal:

Gary Trent is playing best I've ever seen him. Aggressive. Getting to rim w strength and athleticism

Three major recruiting events are still going on in Vegas, so I’m sure Cal and Robes will head back to Sin City before the weekend’s out.