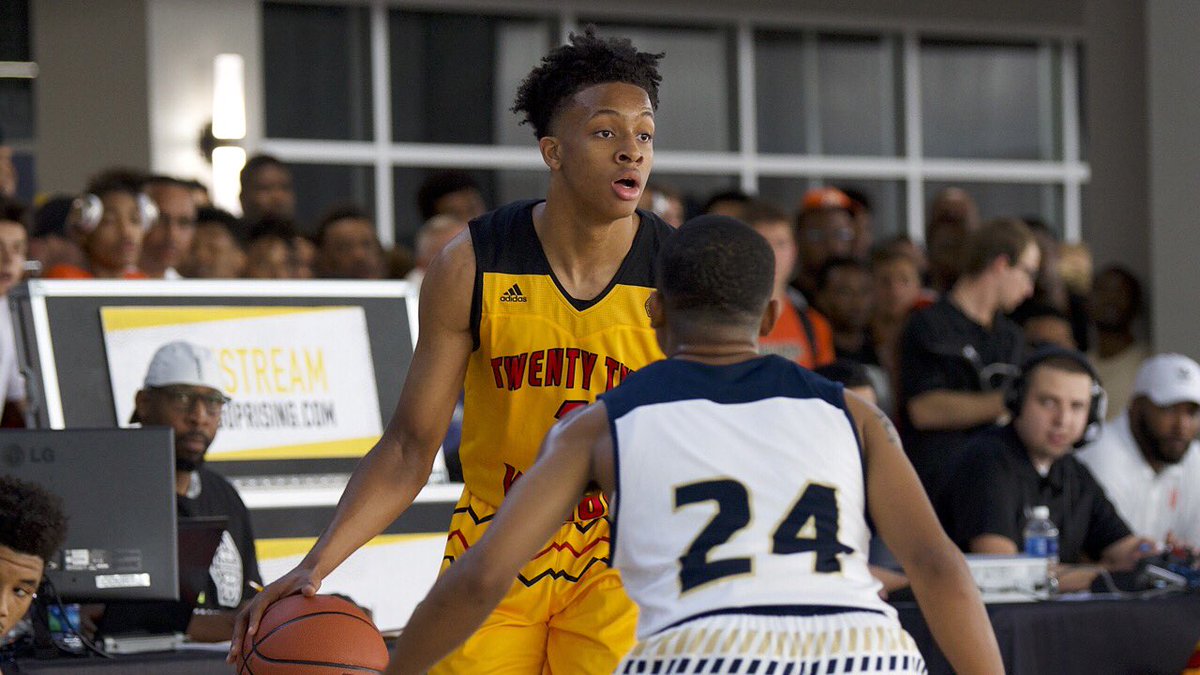 In four games at the Adidas event, Langford averaged 19 points a game and saved his best for last, a 22-point, 14-rebound double-double. Through the first two weekends Langford is the third-highest scorer on the circuit, averaging 21.4 points per game even though he’s struggled to find his shot, shooting just 21.6 percent from behind the three-point line.  He’s fighting through his shooting woes by making difficult contested shots from all over the floor.

After Friday night’s 20-point performance, Langford spoke with Scout’s Evan Daniels.  Langford wants to cut his list to five by the end of the summer.  He talked about his relationship with Rick Pitino, Coach K, new Indiana head coach Archie Miller and Coach Cal.  Here’s what Calipari’s message was during a mid-April in-home visit:

Romeo remains reserved on where each school stands, but the word on the street is that Duke is the early leader for Langford.  Duke is also the leader in the 247 Crystal Ball.

Unfortunately, you’ll have to wait a few weeks to see more action from Langford and other UK 2018 targets the shoe company circuits.  Play on the Nike EYBL resumes the weekend of May 12, while Under Armour and Adidas kick things back up Memorial Day weekend.  Until then, you can see more highlights from Langford here.

1 Comment for Cal’s Message to Romeo Langford, Highlights and an Early Leader