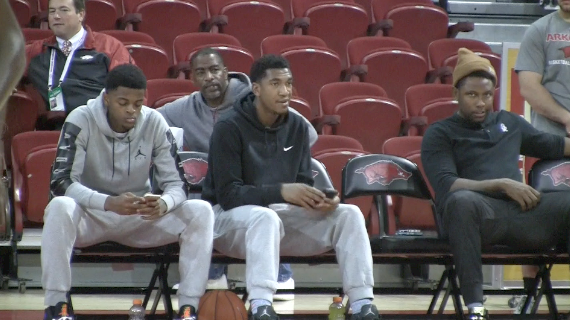 The early signing period starts in one week, and after checking in on Harry Giles yesterday, John Calipari traveled to Arkansas today to see five-star combo guard Malik Monk, according to Ben Roberts.

Monk visited UK for Big Blue Madness and this past weekend, took his official visit to home-state Arkansas. Monk’s pretty close with likely UK commit De’Aaron Fox, but he’s getting a lot of pressure from Arkansas fans to stay home and be a hero. At Saturday’s open practice at Bud Walton Arena, one fan went as far to create a sign with a tweet from Razorbacks legend Darren McFadden:

Well played, but you can’t hide that empty arena behind you, buddy.