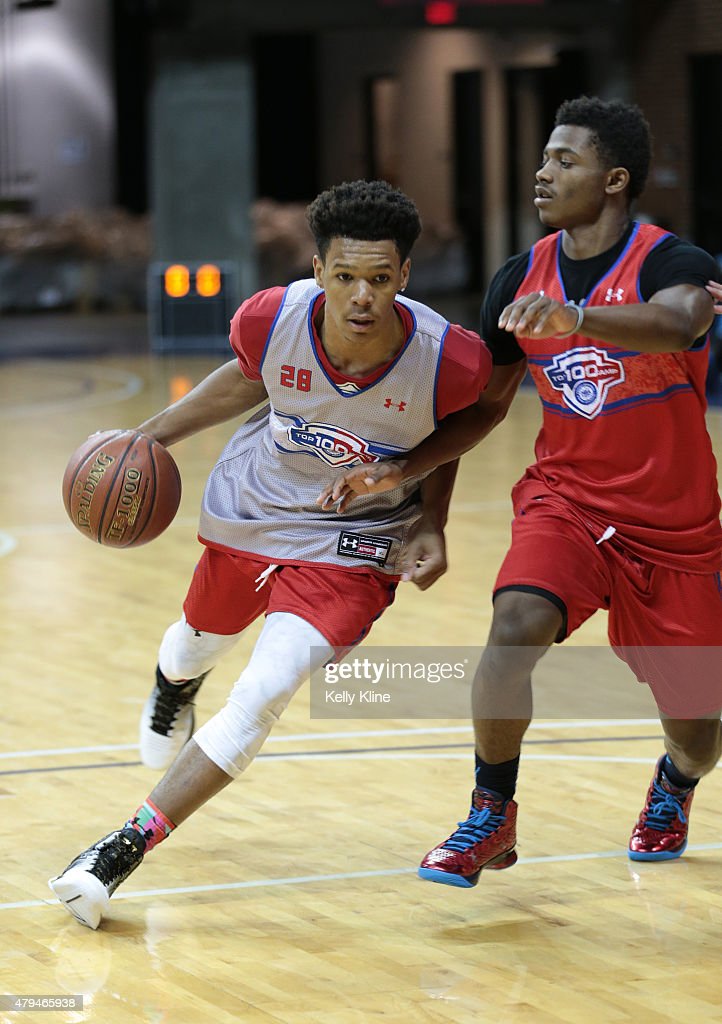 Trevon Duval #28 in white drives to the hoop during the NBPA Top 100 Camp on June 19, 2015 at John Paul Jones Arena in Charlottesville, Virginia.

John Calipari, is expected to take in a few games at the Marshall County Hoopfest where he will watch Advanced Prep International point guard Trevon Duval play against John Petty’s Prolific Prep.

Duval, who is currently rated as the top point guard and No. 4 overall player in the 2017 class in the ESPN 60, has said he is very interested in Kentucky because of the basketball program’s ability to put guys in the NBA.

The point guard has also been writing a blog for USA Today High School Sports and said he was “really impressed with Kentucky in that game against Duke” and is a fan of Tyler Ulis.

The high school junior is also friendly with Isaiah Briscoe who, according to Duval, has been keeping him in touch with all things UK.

Arizona, Kansas, Louisville, Maryland, Syracuse, and UConn are among the teams that have offered a scholarship to the point guard.

Coach Cal will probably also be keeping an eye on small forward John Petty, who has received an offer from UK, and had 17 points, 14 rebounds and three assists in last night’s win against Hopkinsville.

Petty took an unofficial visit to UK during Big Blue Madness and has other offer from Kansas and several SEC schools.