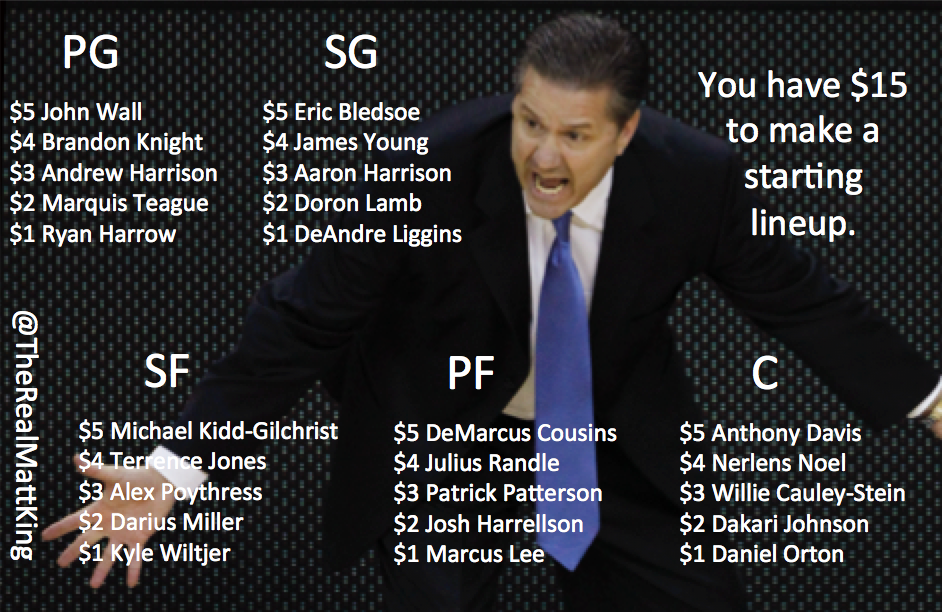 Inspired by a similar NBA challenge that went viral on the internet this week, a KSR reader put together this UK starting lineup challenge from the John Calipari era. You have $15 to build one starting five with the players listed at the prices above.

Me, I’m going John Wall, DeMarcus Cousins and Anthony Davis and playing 3-on-5.