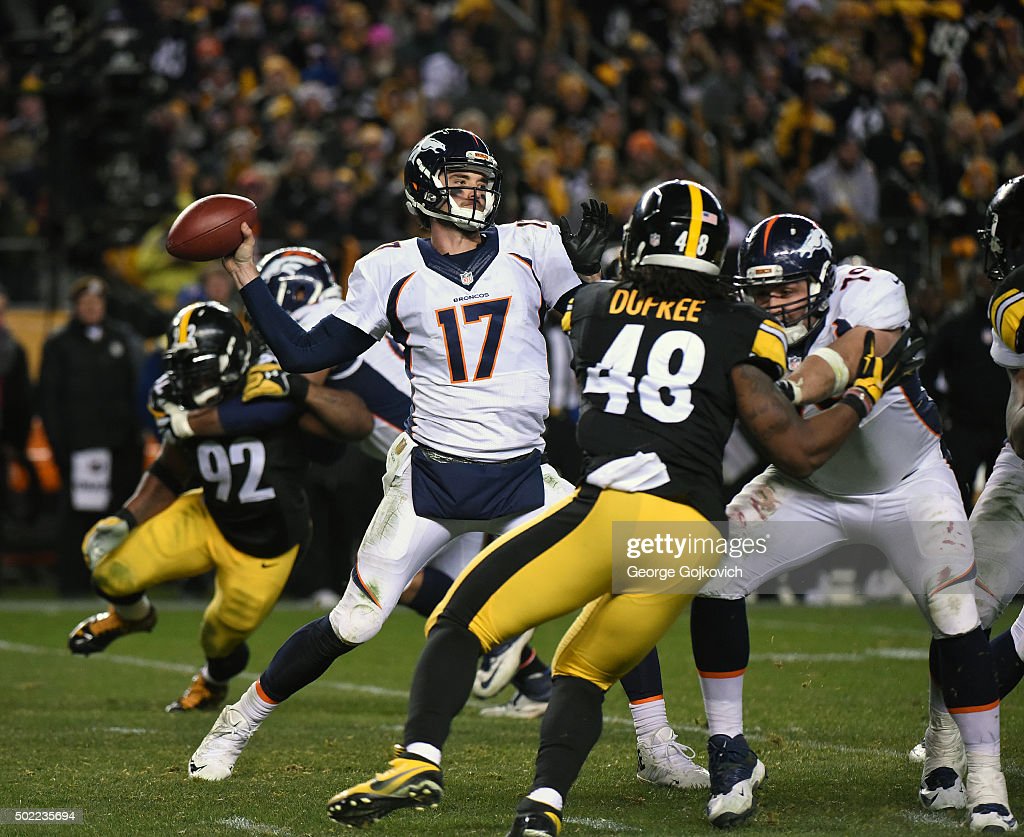 With the Green Bay Packers falling to the Arizona Cardinals last night in overtime and eliminating Randall Cobb & Tim Masthay from the playoffs any hope of a former Cat earning a Super Bowl ring now falls to Bud Dupree and Danny Trevathan.

The Denver Broncos are set to host the Pittsburgh Steelers today at 4:40 with a date against the defending champs on the line. The Broncos, with bionic QB Peyton Manning returning, are favored by a touchdown. The Steelers are without star receiver Antonio Brown and feature a banged up Ben Roethlisberger. In other words both teams are going to need some big plays out of their defense which means Bud and Danny could end up changing the game.

When the two teams met in late December, Trevathan led the Broncs with 8 tackles. Bud Dupree totaled just one but did have a QB hit. Both teams were in very different positions at that point in the season and the Steelers pulled out the win 34-27.

Which team do ou pick to win and take on the New England Patriots?