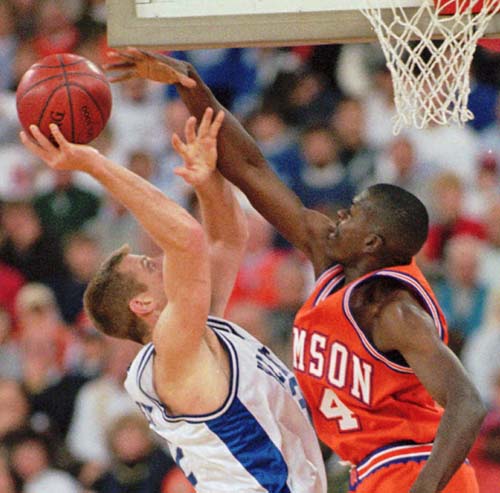 This will actually be the first time in the John Calipari era that UK will play a ranked opponent to open the season and just the 2nd time they have played a Power 5 school (2014, Maryland).  People remember Champions Classic games for the last few seasons but none of those actually opened the year for UK.  Usually, UK plays some sacrificial lamb to prep for those big games.  This year my assumption was the Bahamas was used as those preps.  But over the last 30 years, UK has played several big-time season openers, normally with success.  A look back at some of those memorable contests:

1983: #2 Kentucky 65, #6 Louisville 44 (Lexington)
-Believe it or not, these two teams actually opened the season in 1983-84 following the Dream Game loss in Knoxville the previous season.  This eventual Final Four team dominated from the start with Kenny Walker and the Twin Towers all having superb games.  Interesting note: One technical foul was called in this game on UL’s Mark McSwain for what the box score calls “wrong uniform number”.  Roger Ayers likely called it.

1988: #1 Duke 80, Kentucky 55 (Springfield)
-This was almost surely Kentucky’s worst team in the last 75 years and a Final Four bound Duke team smashed the Cats.  Duke only led by 2 at the half but Danny Ferry was great overall, scoring 23 points.  Of note: this was also Christian Laettner’s first college game.  He played only 6 minutes, scored 2 points on free throws and didn’t attempt a shot.

1996: #20 Clemson 79, #2 Kentucky 71 (OT, Indianapolis)
-A shocking result to open a title defense.  Kentucky’s cold shooting plus Clemson’s hot doomed UK, and they still should have won the game.

2001, 2002, 2008: St. Johns, Western Kentucky, VMI
-All losses but more unexpected against unranked opponents.  None of these were “big-time” games but rather just memorable because of the results.