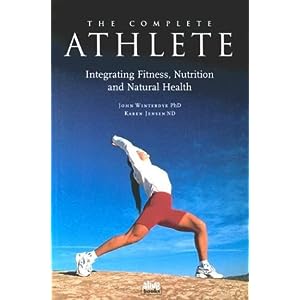 A few years ago I did a poll on which sport’s athlete was the most “complete”.  While watching the Gold Cup last night, the announcers talked about the wide variety of skills a soccer play should have and it got me thinking about my list.  Was I right or have my thoughts changed over the last few years?  I took the 5 major sports in America: basketball, football, baseball, hockey, and soccer.  I then took a list of characteristics that I considered important in those sports and rated each on a scale of 1-5.  Added up the scores and there ya go.

My breakdown of each sport:

Physical Strength: 3
Speed: 3, Much like strength, some guys in the game have incredible speed, like Billy Hamilton.  Put let’s put it this way, Cecil Fielder played in the majors, and played well.  Clearly, speed is not as necessary as in other sports.
Hand Eye Coordination: 5, The saying always goes that there is nothing that is harder in sports than to hit a 95 MPH fastball with a wooden stick.  I would agree that it takes a whole different level of coordination to be a great hitter.
Stamina/Durability: 1, Frankly, there is no sport where the players seem to get hurt more easily than baseball.  Which is amazing because guys often will barely move in the field for 3 innings.  The only player who should truly ever be gassed at the end of the game is the catcher, who is involved in every play and wears gear.
Mental Acuity: 4, requires a bunch of quick decisions
Agility: 4

Physical Strength: 4
Speed: 4, The centers of the game bring this number down a notch, but the faster the player, the better player in most cases.  Guys like Steve Nash made careers out of speed.  Also, Rajon Rondo certainly uses his speed to his advantage.
Hand Eye Coordination: 3
Stamina/Durability: 5, Clearly this sport, especially at the NBA level, is an up and down sport.  A lot of running and change of direction.  Plus, players in basketball (as compared to baseball), seem to play through injuries a lot.
Mental Acuity: 2, Of all the major sports, basketball probably takes the least about of mental skill.  The sport largely relies on physical ability, and plays are not as complicated or ran nearly as much as football.
Agility: 5

Physical Strength: 5, Sans the kickers, everyone else on the field has to be physically strong.  Linemen are probably the strongest players in sport.  Even quarterbacks like Tom Brady have to have a high level of physical strength to withstand the punishment they receive.
Speed: 4, Some people might claim that linemen should bring this number down more, but I would argue that linemen are the most impressive speed wise because they are still able to move at their speed despite weighing 325 pounds plus.
Hand Eye Coordination: 4
Stamina/Durability: 5, Nobody can question the durability needed to play football.  Obvious choice here.
Mental Acuity: 4, While the plays may be complex, the game still often comes down to physical ability.
Agility: 5

Physical Strength: 3, I think people underestimate how much physical strength it takes to play soccer, but the game is still often times more finesse than pure strength, like football.
Speed: 5, You can’t be a slow to play soccer.  You have to be fast.  Period.
Foot Eye Coordination: 5, You could argue the coordination it takes to do the things soccer players do is more impressive than any hand eye coordination in any other sport.
Stamina/Durabilty: 5
Mental Acuity: 3
Agility: 5, Maybe the most agile sport on the list.  Scissor kick anyone?

Physical Strength: 4, It’s hard to tell how much muscle those guys are carrying under all the padding, but it seems those guys hit each other pretty hard, hit the puck pretty hard, and punch one another in the face pretty hard.
Speed: 3
Hand Eye Coordination: 4, The goalie probably have the greatest hand eye coordination in sport, and to hit a puck accurately while skating on ice is impressive.
Stamina/Durability: 4,Seems there is a lot of stoppage of play in hockey, and the guys only take 1-2 minute shifts, so its not as taxing as you might think.  But the ability to play through injury is incredible.
Mental Acuity: 2
Agility: 4

53 Comments for BTI’s Rants and Ramblings: Revisiting the Complete Athlete……