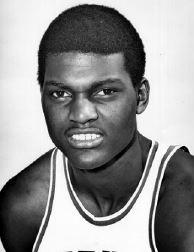 Despite the emphasis on the NBA and the NBA Draft that has come as a result of Calipari’s tenure at UK, I would think that most fans still get a greater sense of pride out of winning national titles.  At Kentucky, we are lucky.  We have 8 such moments.  But at a program like this with the length of history we do, everybody has those incredible moments they will never forget that didn’t involve winning a title.  So:

It goes to the heart of what is most important to you outside of winning championships.  Is it recruiting success or individual performances or NBA draft memories?  It could be anything, but I am interested that outside of winning titles, what are the 2 biggest nights in UK history.  I’ll give you mine:

9. December 1st, 1970
-Tom Payne becomes the first African-American to play at the University of Kentucky on this night against Northwestern.  It breaks down a barrier that many SEC schools had not broken down, as well as trying to break a reputation of Coach Rupp as a racist.  It opened the door for many future UK stars, such as Goose Givens, who comes just 5 years later.  And while Payne only plays 1 season at Kentucky, it was not the on the court performance that was important.  It was the social significance that laid the groundwork for UK moving forward past the racial segregation of the 1940’s, 50’s, and 60’s.

10. June 24, 2010
-I’ll throw Calipari a bone here and say the 2010 NBA Draft was that significant for this program.  I don’t know if I enjoyed that night as much as I have countless other wins on the court, but we do have to admit what they night symbolized.  On the surface it showed just how much talent UK had on that 2010 team and what an impact those guys would have on the NBA.  It also gave future recruits a good look at the program Calipari was building and what kind of player he wanted.  But more than anything, it showed that UK was BACK.  Back at the top of the college basketball world.  And frankly, UK hadn’t been on the top of the basketball world for almost 20 years.  It completely justified everything Calipari had done recruiting one and done players.  It showed he also could get a 3-year guy like Patrick Patterson into the lottery.  It was the culmination of the quickest turnaround in college basketball history.  So while Cal’s comments that night were absurd, he wasn’t wrong that it was a significant moment in UK modern history.

What are your 2 moments that didn’t involve a championship?

21 Comments for BTI’s Rants and Ramblings: Outside of the 8 Titles, What are Moments #9 and #10 in UK History?