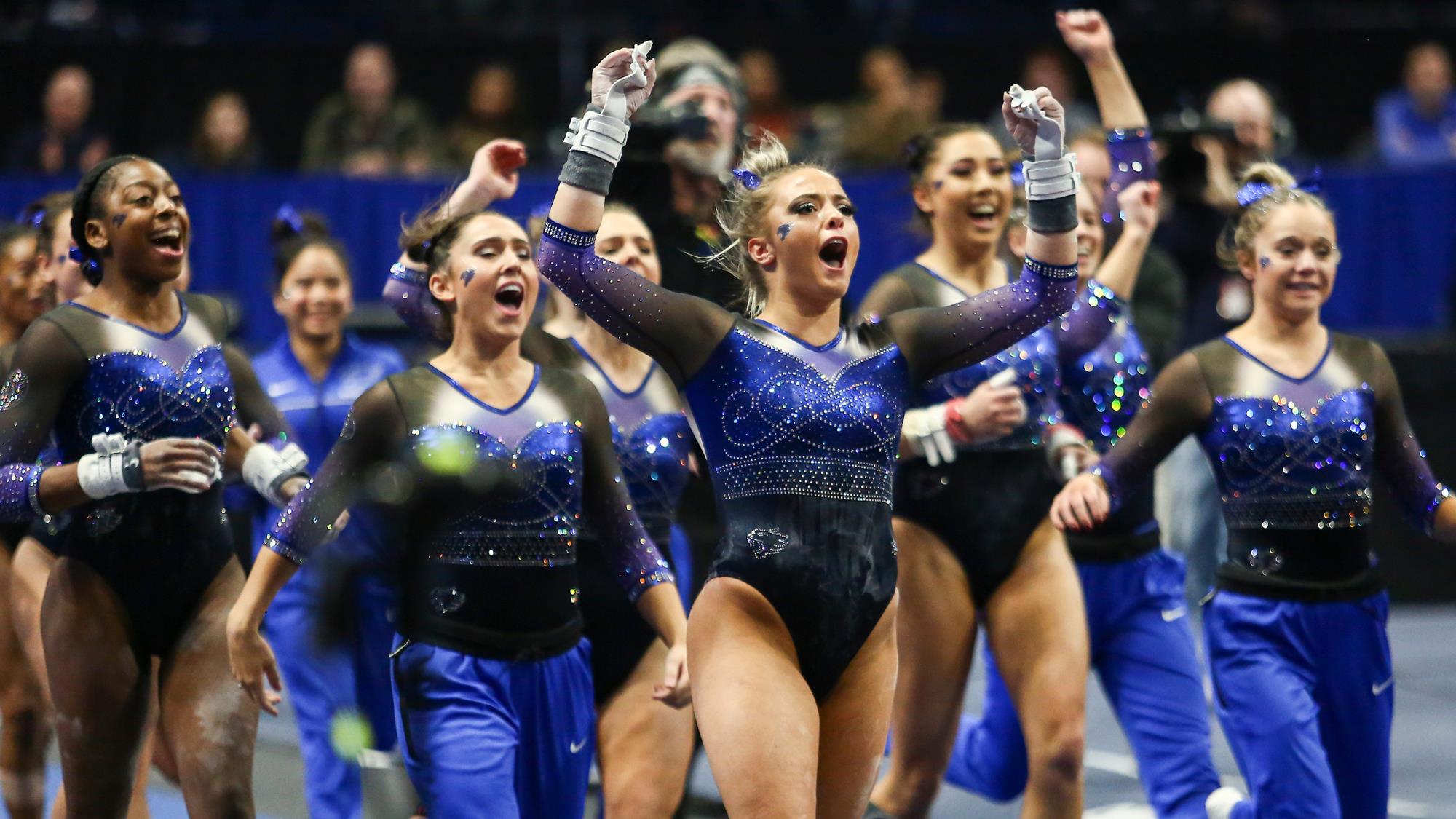 So Matt mentioned on KSR yesterday that the nightmare scenario of this entire COVID situation would be if college football is not played and the NCAA Tournament is not played.  If that were to occur, he heard that MANY college sports would be terminated across the country.  Football and Mens/Womens Basketball would likely remain but to remain Title IX compliant, schools would still have to offer proportional women’s scholarships and financial aid to follow the law.  And while that would certainly stink to see some of the men’s programs eliminated at the University of Kentucky, I do see a legitimate opening for some very good women’s sports at UK that just don’t get the attention they deserve.  For instance:

-VOLLEYBALL
Coach Craig Skinner has the most wins of any volleyball coach in school history, has won 3 straight SEC titles, and has made 15 consecutive NCAA Tournaments.  And they’ve made the Elite 8 just 2 years ago.  They are probably the most consistently nationally elite program on UK campus outside of rifle.  And yes, men’s basketball hasn’t been as dominant since 2015 as the volleyball team.  But I feel like they do not get the attention they deserve until the NCAA Tournament rolls around and just as quickly we forget.  If you’ve ever watched a women’s volleyball game on television or in person, it is truly one of the most athletic and exciting college experiences.  It is a fast paced game and the matches are almost always competitive.  Considering how much we value national success, this program should have high attention from Match 1 through the inevitable Final Four this program will grab one day.

-SOFTBALL
Here’s another program that is nationally dominant but gets almost no attention until the NCAA Tournament rolls around.  Rachel Lawson, like Skinner, is the winningest coach in program history.  UK has a 37.3% winning percentage before Lawson arrived and she has won 61.5% of her games, including taking the Cats to the College World Series in 2014.  Why should this sport attract you?  It is incredibly fast paced and quick.  Games take no time to finish.  And UK has also developed a reputation recently as a slugging team, meaning the long ball is plentiful.  This team has everything that you would want.  Exciting players, big name coach, fun sport.

-GYMNASTICS
I attended my first gymnastics meet in 2018 it was far superior than most non-conference basketball games at Kentucky.  I did not anticipate the athleticism I ended up seeing and the meet was so well timed out that there was never a dull moment.  Seats at Memorial mean you are right up on the action and it is one of the most kid friendly sports I could imagine.  Plus, UK is really, really, good.  They made the national championships 3 years ago, the regional finals 2 years ago and were ranked #13 in the country when the season was cancelled in March.  Again, another women’s program that has made a consistent mark on the national stage.  If you have children, I would pick this sport over any other sport at Kentucky but it should be an attractive option for everyone.

These 3 sports do not get serious attention from this fanbase until an NCAA Tournament rolls around.  And that is the case at almost all universities by the way, so UK fans are no different than any others.  But the typical, lazy excuses why to not follow women’s athletics seriously on the college level don’t apply to any of these 3 sports.  The athleticism is incredible.  The sports are easy to follow and don’t take up large chunks of your day.  And most importantly, we are national contenders in all 3.

I don’t know how things will end up shaking out at the end of this COVID suspension.  But if it leads to a cut of many men’s sports and the remainder of many women’s athletics, I think UK is well suited to remain an elite athletics program nationwide.  And I think the attention of this fanbase should spread out a little from our standard men’s basketball and sometimes football love, and let’s support our elite women’s sports a little more.

5 Comments for BTI’s Rants and Ramblings: COVID Could Open Door to Proper Highlight of Women’s Sports