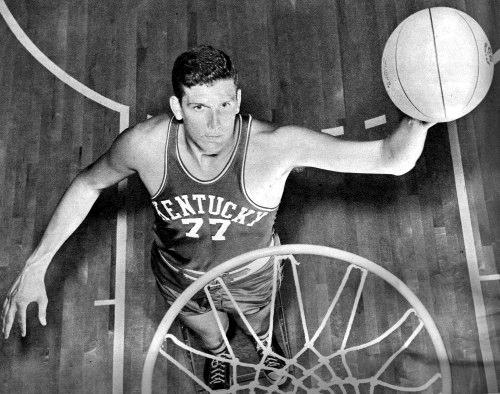 Over the course of the last few years, we have seen a few of Kentucky’s great records fall.  Jodie Meeks broke the single game scoring record and John Wall broke single game assists record.  Nearly every freshman record has been broken by numerous guys.  But, there are tons of records still out there that haven’t been touched in decades.  I list my Top 7 records that I don’t think will ever be broken.  Keep in mind that these are school records, so Rupp’s 876 wins is just a UK record, not the NCAA mark.  I want to know if I missed a record or if the order is wrong.  What do you think?

-UNTOUCHABLE.  Just for some perspective, here are the single game highs for rebounds in each season Calipari has been here:

No player has had more than 24 rebounds in a game since 1976.  40 years and nobody has gotten within 10 rebounds.  In the current game, this record just can’t be broken.

-John Calipari said it himself.  Coaches don’t last long at Kentucky.  They get burned out.  The pressure and daily grind of the job only allows a 10-15 year tenure tops.  Rupp coached 42 seasons at Kentucky.  Since he retired, 6 coaches have combined to coach 42 seasons.  It’s the sheer fact that no coach could last 35 or 40 years at this job that makes this record unbreakable.  But maybe if we allow Coach Cal to coach until he is 90, maybe I will be proven wrong.

-This is the NCAA record as well, and while is certainly takes an amazing run to match this record, it’s not the most unbreakable.  Hell, John Calipari didn’t lose a game at Rupp for his first 3 1/2 years and that still just got him 55 wins.  Rupp’s teams did it without the greatest competition, but to go 12 years without losing at home, stretching 2 different arenas, is pretty amazing.

-This record will very likely not be broken.  Here are the closest anybody has come to a career scoring average of 25.8ppg before or after Issel played: Nash (22.7 ppg). Grevey (21.4 ppg), Dampier (19.7 ppg).  And while 3ppg may not seem like much between Issel and Nash, that equates to an extra 350 points over the course of a career.

-Just how big the gap between Dirk and the rest of the field.  Well, the #2 guy in career assists is Anthony Epps, who is 102 total assists behind Minniefield.  Oh yeah, Epps played 18 more games than Minniefield.  Wayne Turner, who some call the best UK point in the modern era, is 152 assists behind Minniefield despite playing 28 more games.  That is almost an entire extra season for Turner, and he still wasn’t close.  The real problem is that it is incredibly rare for a great point guard to stay 4 years and start in 3 or 4 of those years.  With the one and done point guard factory UK has become, it’s unlikely this record will be touched under Cal.  Or any other coach.

8 Comments for BTI’s Rants and Ramblings: Can Any Of These Records Be Broken?