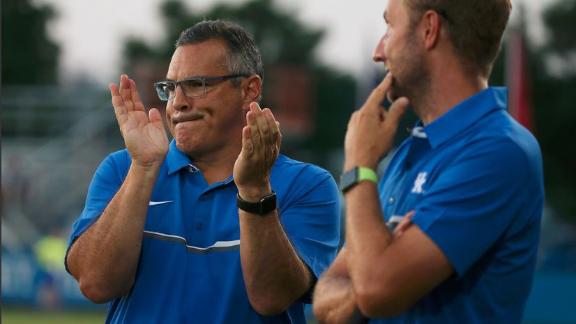 Stunning news from the women’s soccer program: UK just announced that head coach Jon Lipsitz has been “relieved of duties” after an eight-year tenure. Here is the very brief press release from UK:

Jon Lipsitz has been relieved of duties as head coach of the University of Kentucky women’s soccer team, Director of Athletics Mitch Barnhart announced Friday.

Lipsitz spent eight seasons as head coach of the Wildcats, compiling a record of 86-61-19, including 39-42-14 in Southeastern Conference action. UK went 5-9-4 in the season completed last week, including 1-7-3 in league play.

UK Athletics will begin a national search for a new head coach.

UK’s record wasn’t good this season, but I’ll admit that this news surprised me.