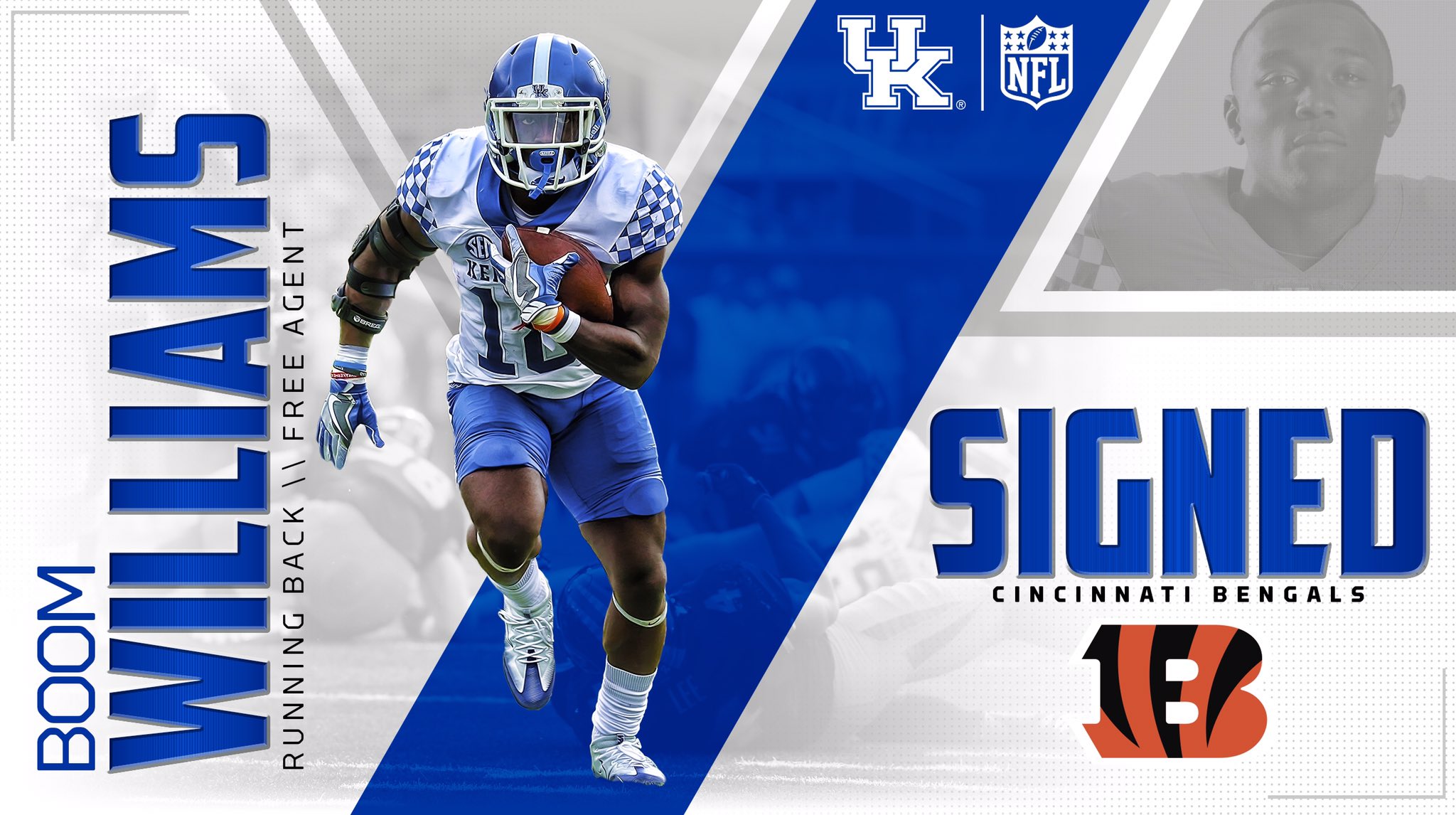 Bengals.com is reporting that Stanley “Boom” Williams pulled a hamstring just minutes into the Bengals’ workout on Friday. Prior to the injury, Boom was already in for an up-hill battle to make Cincinnati’s final roster.

Jeremy Hill will undoubtedly be the Bengals’ starter at running back, barring any injury heading into the season. Gio Bernard is their speed back, but he’s coming off of a season-ending knee surgery to repair a torn ACL. With the Bengals’ controversial addition of Joe Mixon in last week’s NFL Draft, that makes the locker room even more crowded. Don’t forget Cedric Peerman, who’s also listed as a running back, and is almost guaranteed a roster spot since he’s been Cincinnati’s special teams captain for years.

All that’s left is Boom. He certainly has the talent to make the final cut, but the Bengals simply don’t have the room. The best case scenario, at least for Boom to make the Bengals, would be for Bernard to start the season on the PUP list. That would open up a spot for Boom during the first 6-11 weeks of the season. After that, he could remain on the practice squad until camps re-open next year.

Unfortunately, Boom’s first opportunity to impress the Bengals’ coaching staff is no more. He’ll likely be sidelined for the remainder of rookie mini-camps, as he allows his hamstring to recover. Training camp in August will be huge for the former Wildcat.