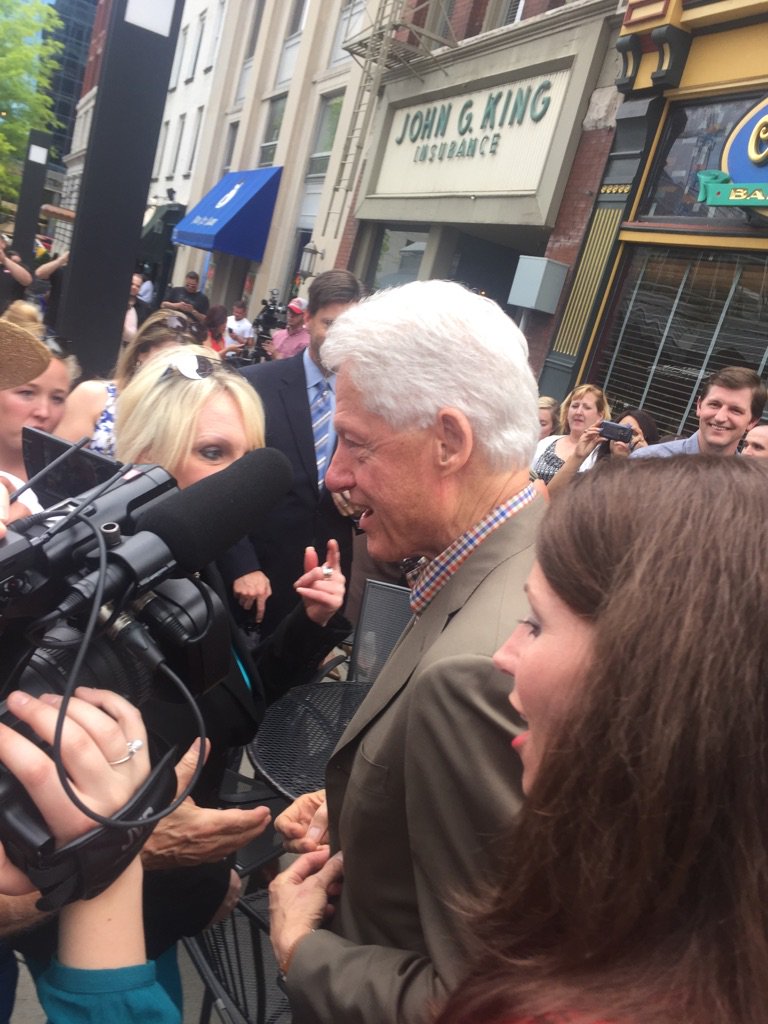 Bill Clinton made an unexpected stop at Thursday Night Live in downtown Lexington this evening. Of course, he would pick the one Thursday I decide to stay in and away from the party. He probably heard my seat was empty.

I hope he says hi to Caitlin and Lindsie at the Skybar tent, grabs a couple beers at Stagger Inn, and then walks down to Tony’s for dinner. That’s my usual Thursday night routine. Maybe Belle’s after dinner for a nightcap if it’s not past curfew.

Really tempted to close this laptop and head down there right now.