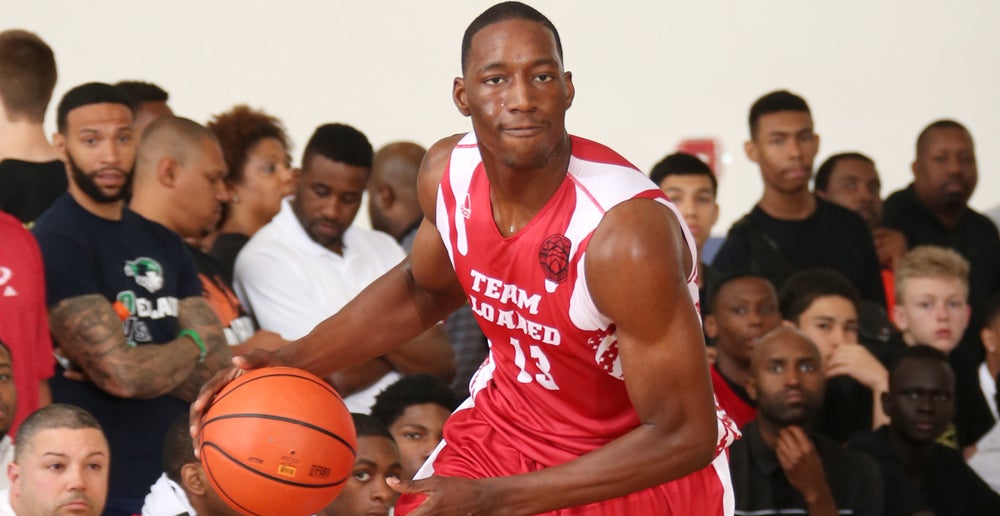 John Calipari already was arguably his best recruiting class signed in 2016, but they could add Marques Bolden, the nation’s #1 center.  Bam Adebayo isn’t intimated by the competition, he invites it.

“I’d definitely like to play with him,” Adebayo told Adam Zagoria. “I think that the bigger you are, the better. Therefore, some of us can get two or three fouls and we’ve still got an extra body to help out.”

Bam wants a title.  Point, Blank, Period.  The more weapons in their arsenal the better.  He already knows his future teammates pretty well, and adding another wouldn’t be a problem.

“I want to get a title with my buddies,” Adebayo said. “All five of us, De’Aaron (Fox), Malik (Monk), Sacha, Wenyen and myself, we’ve all been playing together since we were little, we know each other and we play hard together.”

Bam has been playing extremely hard as of late.  The double-double machine fell just short of one in his last game at the USA Today Super 25 Tournament, reeling in 18 points, 9 rebounds and 4 blocks.  Adebayo is averaging 18.9 points and 13.1 rebounds per game so far this season.