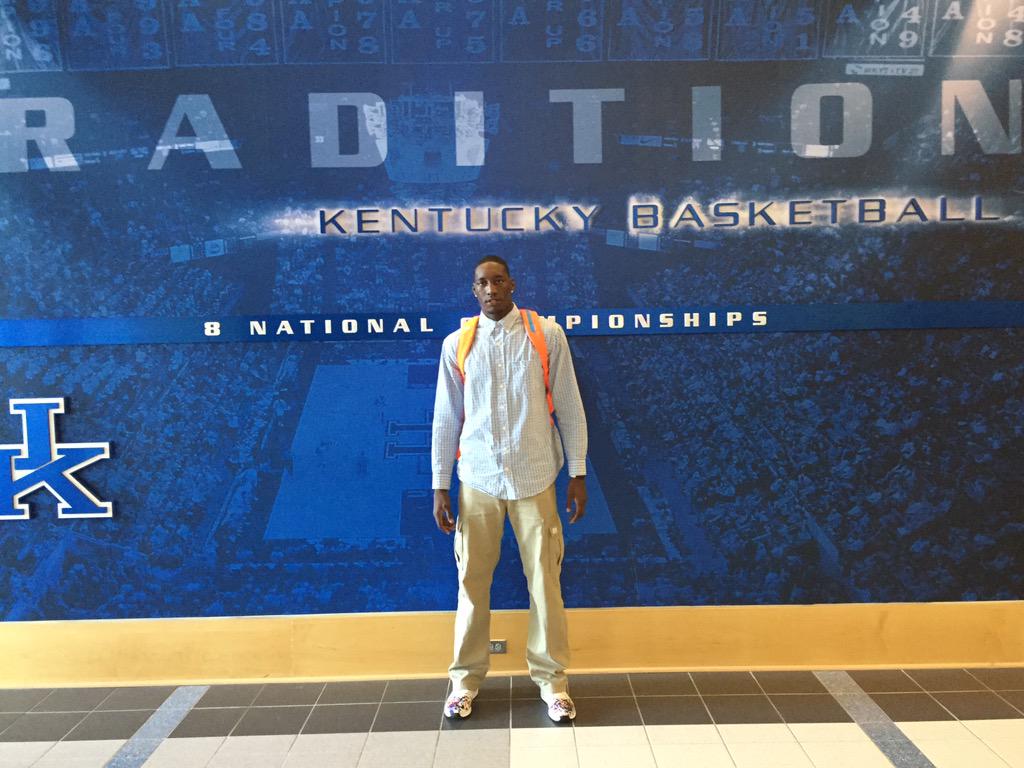 According to the always informed Adam Zagoria, Bam Adebayo is expected to announce his college decision tomorrow. The five-star power forward is considering Kentucky and NC State, and the safe bet has been the Wolfpack, due to its proximity to his hometown and his relationship with five-star point guard Dennis Smith, who signed with NC State and will enroll in the spring.

But not so fast, my friend. Kentucky has John Calipari in its corner and it’s always a fight until the battle is won, as we say around here.

There’s word circulation that Kentucky is the leader and could very well be the pick tomorrow. Zagoria called it a “strong shot.”

Sounds like UK has a strong shot at Bam Adebayo tomorrow.

I’ve always wanted Adebayo from this class but never considered him a legitimate option with NC State in the way. Now you’re telling me he could become a Cat tomorrow????