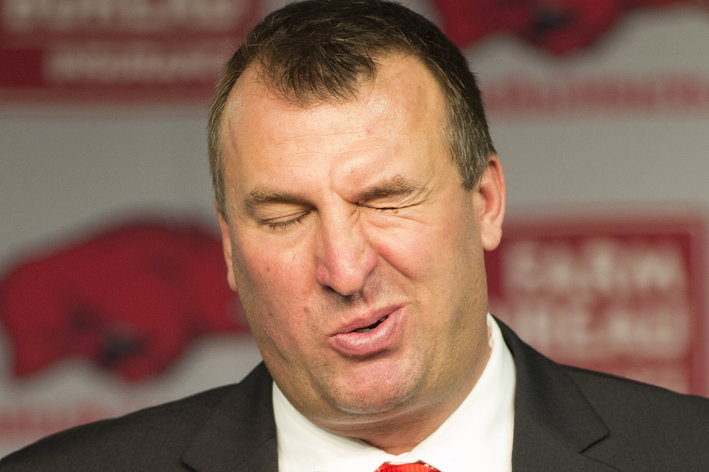 The Arkansas football facility is hell on Earth this week, as Brett Bielema gets his team ready for a trip to Knoxville. Bielema is playing Tennessee’s “Rocky Top” fight song on a loop in his football facilities all week long.

The hope is it will motivate his 1-3 Razorbacks to pick up their second win of the season on Saturday at 7 pm, but he may drive everyone crazy before they leave Fayetteville for Knoxville.

There’s no way I would get anything accomplished in that building. This is terrible way to inspire the team.