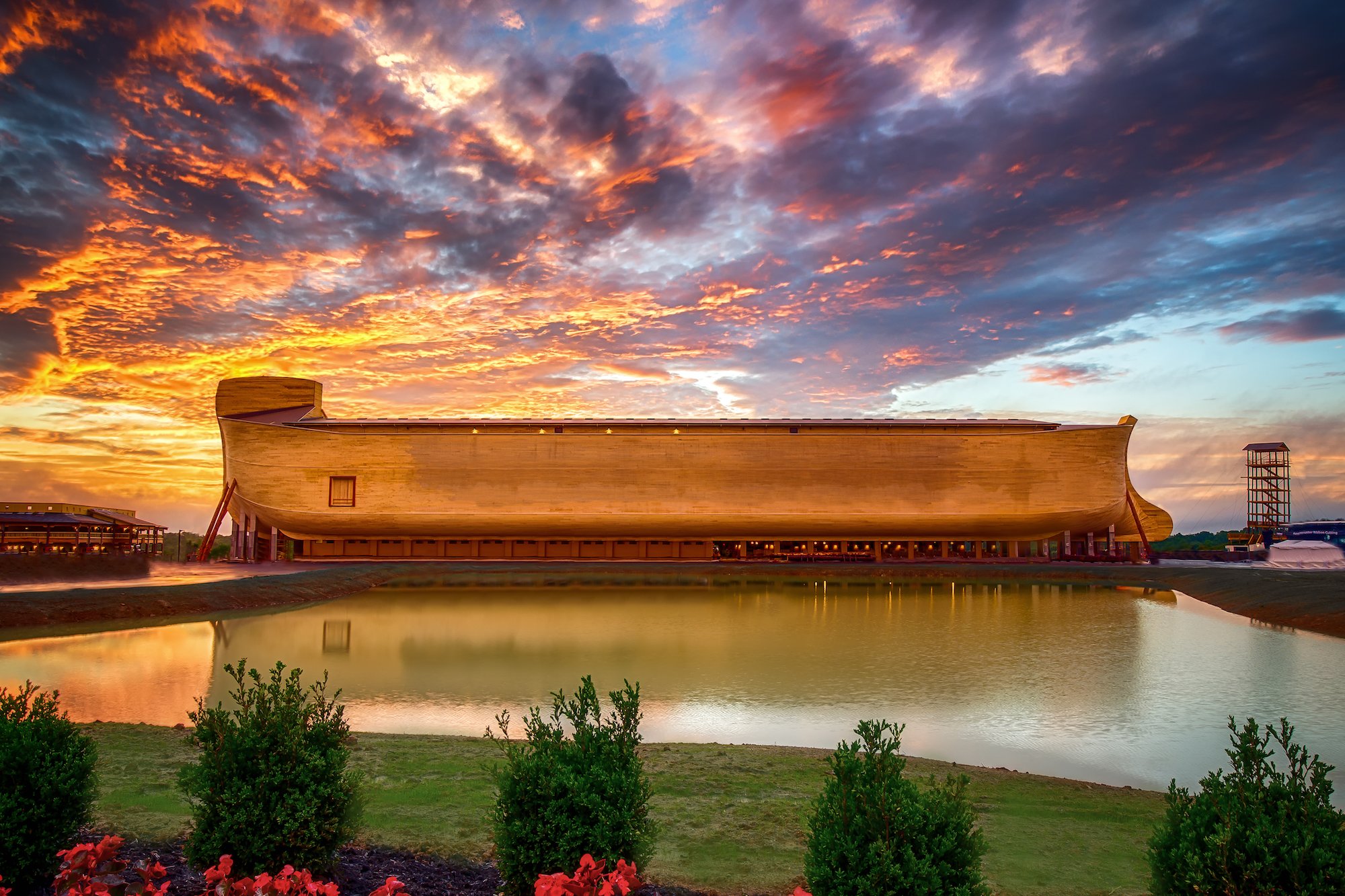 This morning in Grant County, officials cut the ribbon the Ark Encounter, the long-awaited and controversial theme park based on Noah’s Ark. Say what you will about the 510-foot long, 51-foot tall structure, which opens to the public on Thursday, but the pictures coming out of Northern Kentucky are impressive and interesting to say the least:

Exciting day at the ribbon cutting for the #ArkEncounter. Over 7,000 people here! The ark is an amazing structure. pic.twitter.com/rxv85U4JCM

Thrilled to be at #ArkEncounter2016 Ribbon Cutting Ceremony for the @ArkEncounter in Williamstown, KY pic.twitter.com/i8MRRtFO3g

Founder Ken Ham said he expects around two million visitors in the Ark Encounter’s first year. The park officially opens on Thursday — 7/7/16 — to go along with Genesis 7:7, which is the passage where Noah and his family entered the Ark for the first time. Admission is $40 for adults, $31 for seniors, and $28 for children 5-12. (Kids under 5 are free)