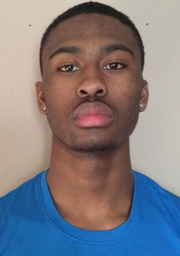 Among the many visitors to UK’s campus this past weekend was Anthony Johnson, a three-star cornerback from Euclid, Ohio. Johnson told Rivals’ Josh Helmholdt that he was prepared to make a commitment to Kentucky during his visit, but apparently was told Kentucky’s already full at his position.

Johnson’s now looking at other offers, namely Cincinnati, but has no timeline for his decision.

This development tells me two things: 1) Stoops finally feels comfortable with the depth he has in the class at cornerback, an area that’s plagued the team the past few years; and 2) he also feels confident in Davonte Robinson’s commitment. The Henry Clay cornerback committed to Kentucky last October, but picked up an offer from Notre Dame in April. He was set to visit Notre Dame last week, but delayed the visit to go to UK for the 7-on-7 passing camp instead. Hopefully being around his fellow 2016 commits reinforced that “stay home and be a hero” feeling.