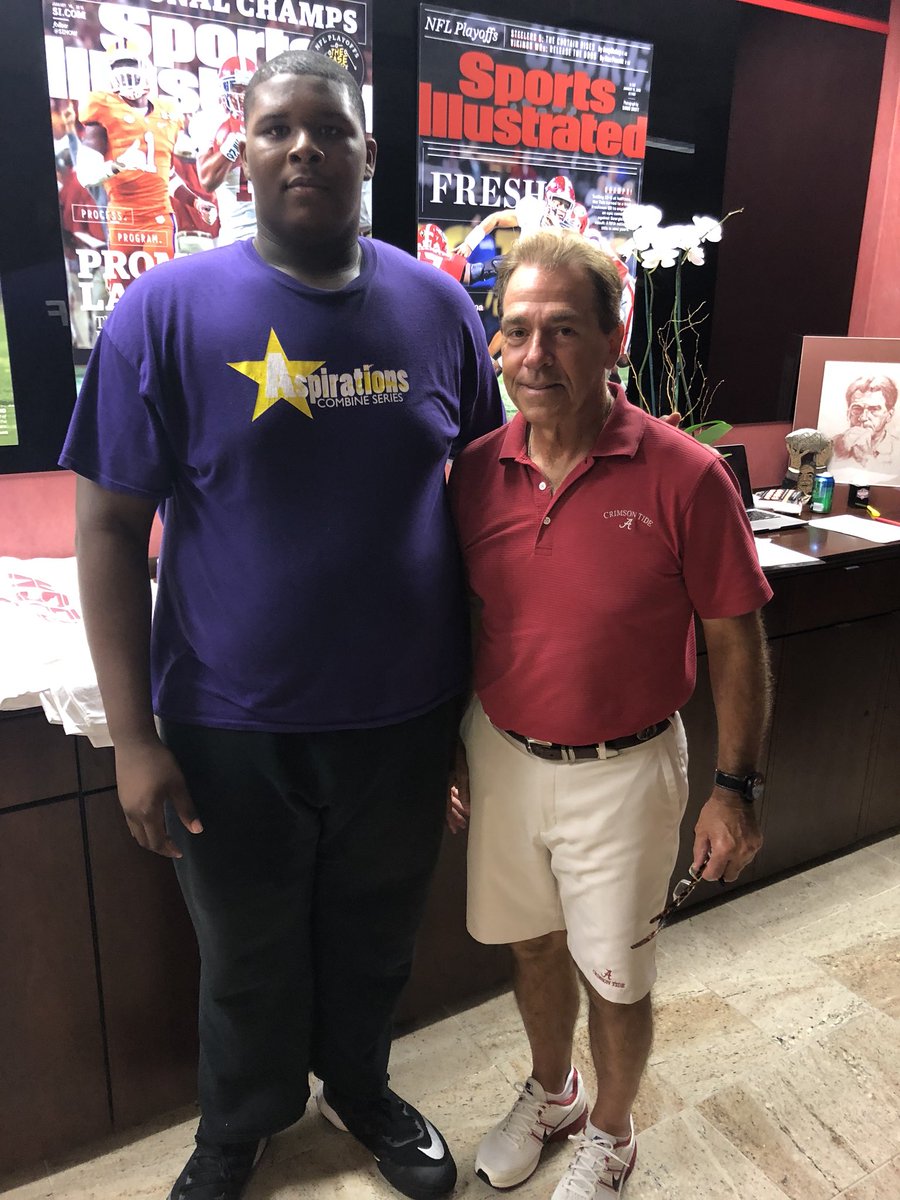 Kiyaunta Goodwin is no longer a secret.

The 6’7″ 370-pound 14-year old from Louisville first hit the college football recruiting scene last summer when Mark Stoops offered him a scholarship after attending a Kentucky football camp.  Georgia, Louisville and others quickly followed that trend.  This summer his offer sheet continues to grow.

A few days after receiving a scholarship offer from Florida State, Goodwin camped at Alabama.  Before leaving Tuscaloosa, Nick Saban offered the 2022 prospect a scholarship. The future Holy Cross High School offensive tackle is now up to nine Division I offers.

Goodwin has been on Kentucky’s campus at least twice this summer.  The freshman-to-be was a spectator during UK’s two primetime camps on June 9 and 10.