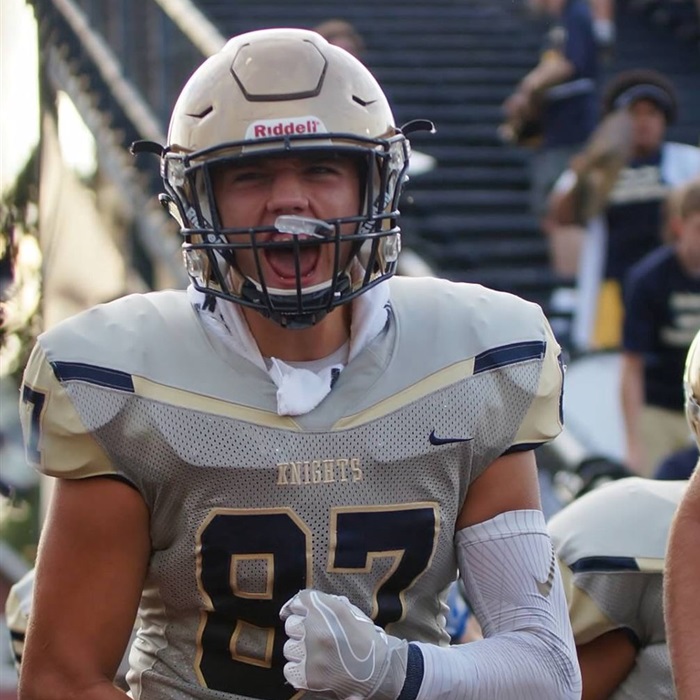 Danny Clark’s younger brother is blowing up on the national recruiting scene.

Caden Clark, a rising junior in the 2020 recruiting class, picked up an offer this week from Nick Saban.  The Kentucky quarterback’s little brother isn’t so little.  The 6’5″ 245-pounder is the No. 10 tight end in his class.

The Akron native has an offer from the University of Kentucky, but Clark told 247’s Bill Greene the offer from Alabama made his father emotional.

“My dad was so happy that he started crying, and that was awesome for me. I was there a couple years ago when they were recruiting my brother (current Kentucky quarterback Danny Clark). Coach Banks (Alabama’s tight end coach) said they checked out my film and that I had everything they’re looking for, so they offered. I think I can fit in well with what they want from their tight ends.”

The three-star 2020 tight end will visit Alabama this weekend.  Clemson, West Virginia and Michigan are also high on the younger Clark’s list.  He said there’s plenty of appeal to play with his brother in Lexington, but will that be enough to beat out Alabama?  We’ll see.