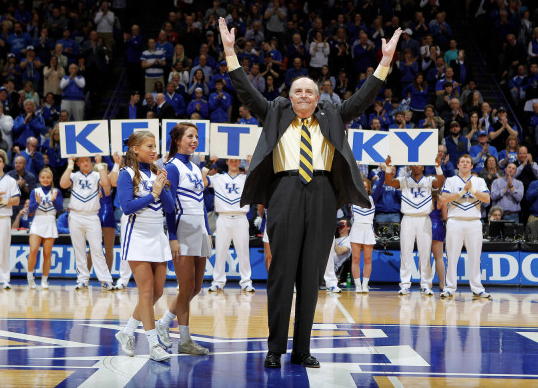 Adolph Rupp Jr. passed away yesterday afternoon in Lexington, one week shy of his 76th birthday. “Herky,” as he was known to most, had been battling cancer for several years, according to his son, Adolph Rupp III.

WKYT’s story of his passing shared a little know fact about the former Wildcat’s playing career:

Herky Rupp was a 6’4” forward who played at Kentucky for three seasons from 1959-1962 appearing in a total of 14 games and scoring 11 career points. But in a little known fact, the Kentucky coach let his young son score the first ever basket in Memorial Coliseum after the construction was complete and the goals were put in place. [WKYT]

Herky was the only son of the legendary UK basketball coach.