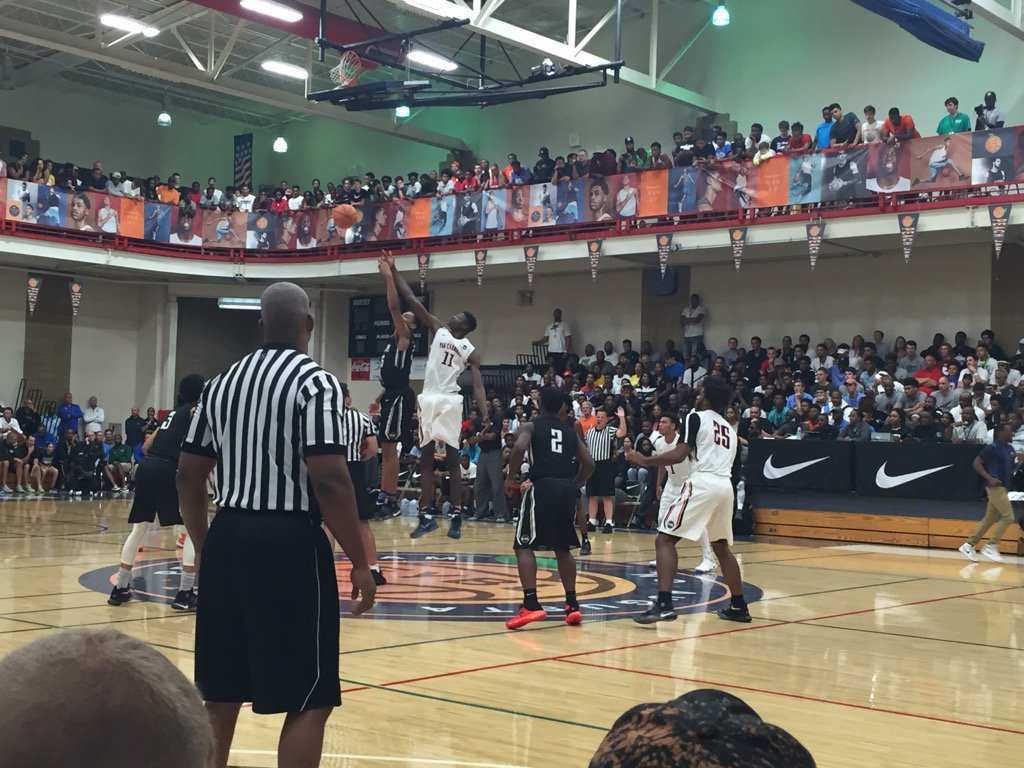 Team Penny thundered out to an 18-point halftime lead behind hot starts from P.J. Washington and John Petty, but it wouldn’t last.

The PSA Cardinals slowly dug their way out of the deep hole when Quade Green flipped the script in the second half, scoring eight straight to tie it with less than five minutes to play.  Back and forth they battled down the stretch.

Petty’s deep three with 1:30 to go looked like it might be the clutch play of the night, but with 29 seconds to go, he made the mistake that cost Team Penny.  A lazy turnover turned into two points for PSA, giving them the lead.  With time winding down, Washington’s post play against Mohamed Bamba was too strong and Team Penny was eliminated, 66-64.

Washington and Petty were fantastic, but Green’s clutch second half was too much.  “Don’t call it a comeback.”

Petty wasn’t the hero, but this dunk blew the roof off the gym.

Trae Young and Michael Porter Jr. put it to DeAndre Ayton’s team from the start.  The pair of threes to begin the game defined the rest.  Ayton didn’t get into the flow of the game until the second half, but it was far too late.  Mokan advances to the finals by winning two games by a combined 55 points.

7 Comments for A Wild Ending in the Peach Jam Semifinals