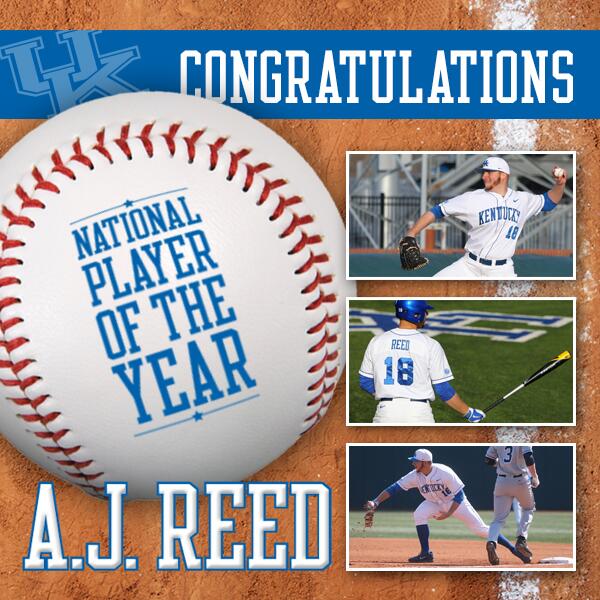 UK’s two-way star becomes the first player in the program’s history to earn Nation POY honors and the 13th player in the history of the SEC to earn NCAA Player of the Year accolades.

The junior is currently .002 points shy of the SEC lead in batting average and is chasing the second triple-crown in SEC history, the first since Rafael Palmeiro in 1984. There has never been an SEC player to led the conference in homers and pitching victories.

What a season for the best to ever do it at UK.

11 Comments for A.J. Reed named National Player of the Year