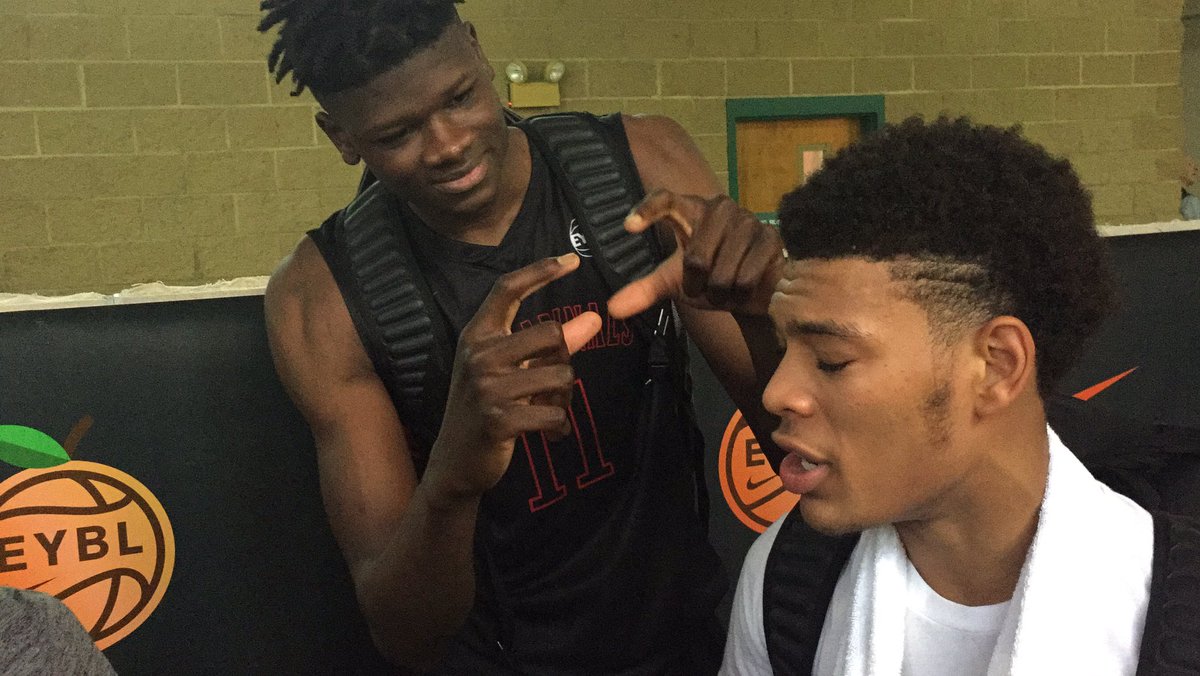 Mohamed Bamba plays the role of reporter with Quade Green, via @JDrumUK.

Quade Green’s stock continues to rise.  He proved it in the first game of the day.

Trailing by one with 1:30 to go, Green scored eight of his team’s final ten points to close out the game for a five-point win. In his streak of six straight, he showed a pretty step-back shot and that he can take on contact to finish at the rim.  He finished with 26 points on 10-15 shooting, adding 8 assists and 3 rebounds.

The up and coming point guard for the PSA Cardinals visited UK last week where he received a scholarship offer.  He downplayed the facilities for all of the schools saying, “everybody sleeps well,” but one thing about Kentucky’s stood out.

Moving forward, Green hasn’t put a deadline on his decision, but he had an intriguing message relayed to him by those that are recruiting him at Duke and Kentucky.  With a couple of point guards competing for limited spots,  “It really comes down to who commits first.”

Watch the entire interview, including some kind words on Tyler Ulis, after the jump.