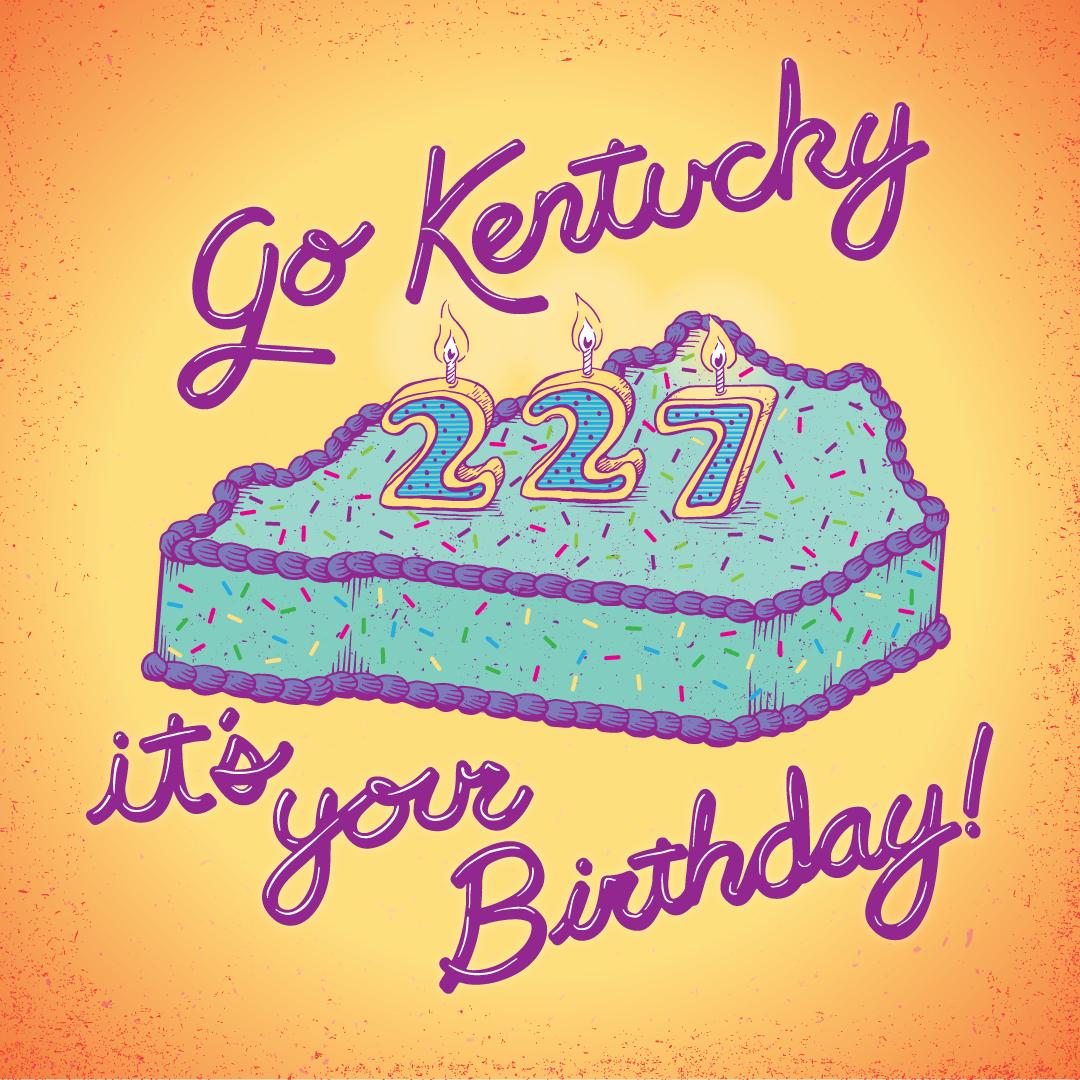 227 years ago in 1792, the Commonwealth of Kentucky became the 15th state in the union.

One might argue it is the greatest state in the union, but arguing is no way to celebrate a birthday. Instead, I’ve compiled a list of 27 destinations to see across the Bluegrass that will help you appreciate everything our wonderful state has to offer.

1. Churchill Downs — The iconic Twin Spires look over the home of the Kentucky Derby. Whether it’s Derby week, Downs after Dark or Thursday dollar beers, you can’t go wrong.

2. Keeneland — Where Churchill is the track in the middle of the city, Keeneland lies in the heart of Bluegrass horse country. The only racecourse where you can walk through the horse barns, if you take the scenic route down Old Frankfort Pike, you will see sights made for postcards.

3. Gray’s Arch — The 3.4-mile loop through Red River Gorge provides one of the most rewarding views of the area. A little more hidden than the Natural Bridge, it’s worth going off the beaten path to see this beauty.

4. Miguel’s Pizza — After your hike through the gorge, you need to refuel. Miguel is here to help.

5. Chain Rock — Ecology at its best, this rock that sits atop Pine Mountain is attached to enormous chain links. The chain was forged to prevent the rock from falling onto the town of Pineville (but was the rock really going to fall?).

6. Mammoth Cave — The state’s only National Park is the longest cave system known in the world.

7. The Corvette Museum — Kentuckians make the coolest American cars on the planet, no big deal.

8. The Louisville Slugger Museum — And we create the best baseball bats too.

9. Maker’s Mark Distillery — I could live without baseball bats and sports cars, but not bourbon. You can’t go wrong at any of the many distilleries throughout the state, but few are as beautiful as Maker’s Mark. Snuggled in between the Loretto, Kentucky hills, the smell of the sour mash and the sound of birds chirping makes this place feel like home.

10. Lake Cumberland — Unlike many of the manmade lakes around the state, Lake Cumberland has a rocky bottom that makes the green water clear. You can skip rocks on the shore, jump off a cliff or float in paradise.

11. Cumberland Falls — Before the river turns into a reservoir, there’s a 68-foot waterfall not far from Corbin, Kentucky. It’s the only waterfall in the Western Hemisphere where a Moonbow is regularly visible. The only other one in the world is Africa’s Victoria Falls. You can see the lunar rainbow coming off the falls during a full moon. Here’s when you can see it again this year. 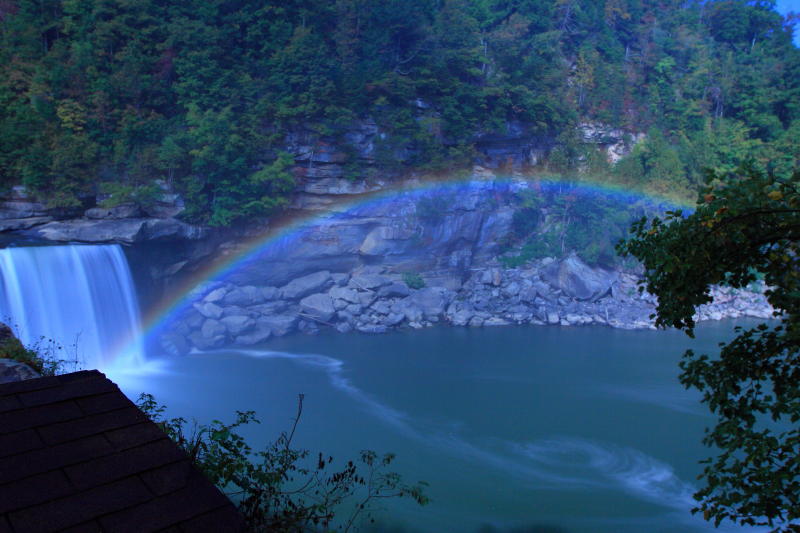 12. Kentucky Fried Chicken — Before you check out the Moonbow, you can grab a bucket of the Colonel’s Original Recipe from the original location in Corbin.

13. Cumberland Gap — While I’m mentioning the Cumberlands, might as well throw this one in there. Even if you aren’t a kid, it’s kind of cool to stand in three states at once.

14. Newport on the Levee — With views of the Cincinnati skyline, the northern Kentucky Levee has excellent food and drink options near one of the best aquariums in the region.

15. The Big Four Bridge — Developed into a walking bridge in 2014, the recreational area is settled in-between Louisville Slugger Field and the new Louisville City FC Stadium. Of all the nice areas in Louisville’s Waterfront Park, this one is the best.

16. Muhammad Ali Center — Float like a butterfly, sting like a bee, this center dedicated to the World’s Greatest is something you have to see.

17. Dinosaur World — Jurrasic Park ain’t got nothing on this Western Kentucky landmark.

18. Wigwam Village — Can you think of a better place to stay the night in Western Kentucky? I think not. (If you don’t enjoy your stay, blame this recommendation all on Coach Keith Madison.) 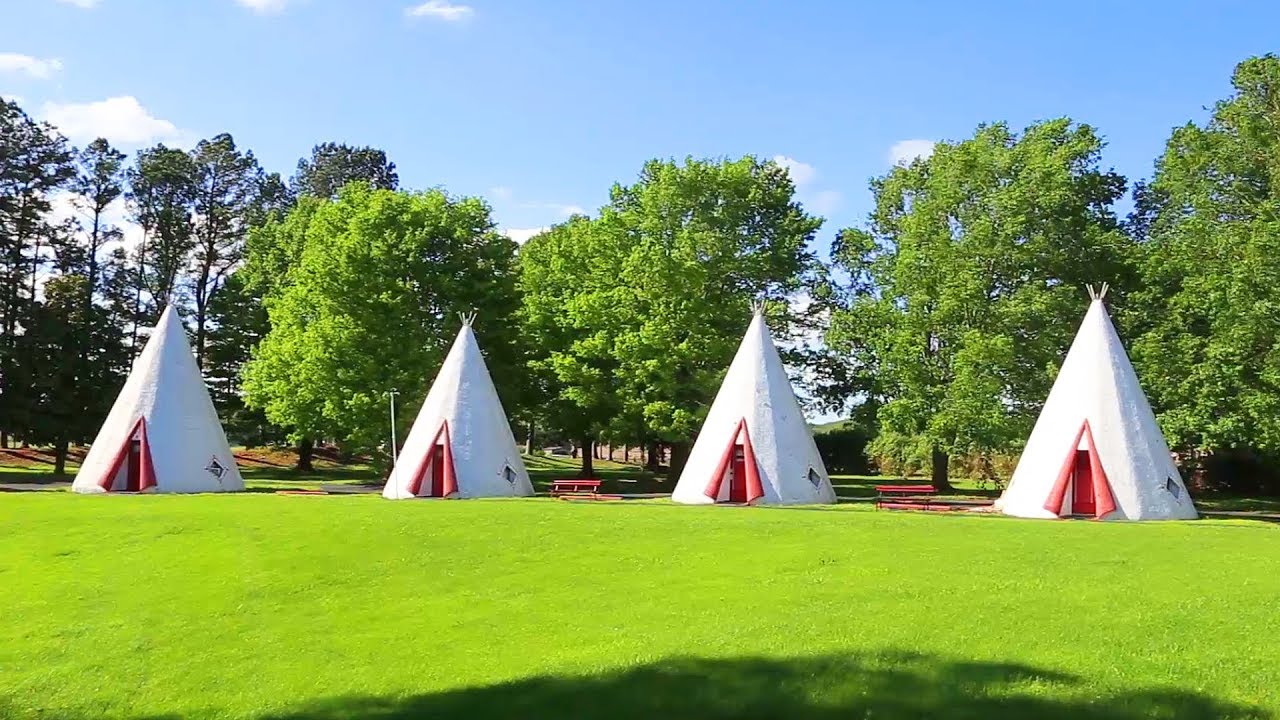 19. Shaker Village of Pleasant Hill — Turn back in time by visiting the country’s largest collection of 19th century buildings.

20. Boon Tavern — The Berea, Kentucky landmark is the only place you can enjoy world famous Spoon Bread.

21. Moonlite Bar-B-Q Inn — Some will argue which Owensboro locale has the best mutton BBQ, but Moonlite has earned the “world famous” distinction. The flavor of Owensboro BBQ is unrivaled. You can’t find it anywhere else. And now my mouth is watering.

22. KSBar — While I’m shouting out restaurants, go to ours. Trust me, the wings are excellent.

23. Abraham Lincoln’s Birthplace — Illinois likes to take credit for molding Lincoln into the man who led the Union through the Civil War, but it all got started in Hodgenville.

24. Iroquois Park Amphitheater — In the heart of Louisville’s largest Olmsted Park (the same Olmsted that designed New York City’s Central Park), the 2,300-seat amphitheater is one of region’s best outdoor music venues. Even if you don’t attend a concert, they host free movie nights, the Jack O’Lantern Spectacular and much more.

25. The Louisville Palace — The classic architecture is stunning. It is difficult to describe the interior, so I’ll just say this: the Palace is the kind of place you see in a movie in a big city. We are lucky to have such an incredible environment for performances in the Commonwealth.

27. My Old Kentucky Home — Birthdays are best celebrated at home.