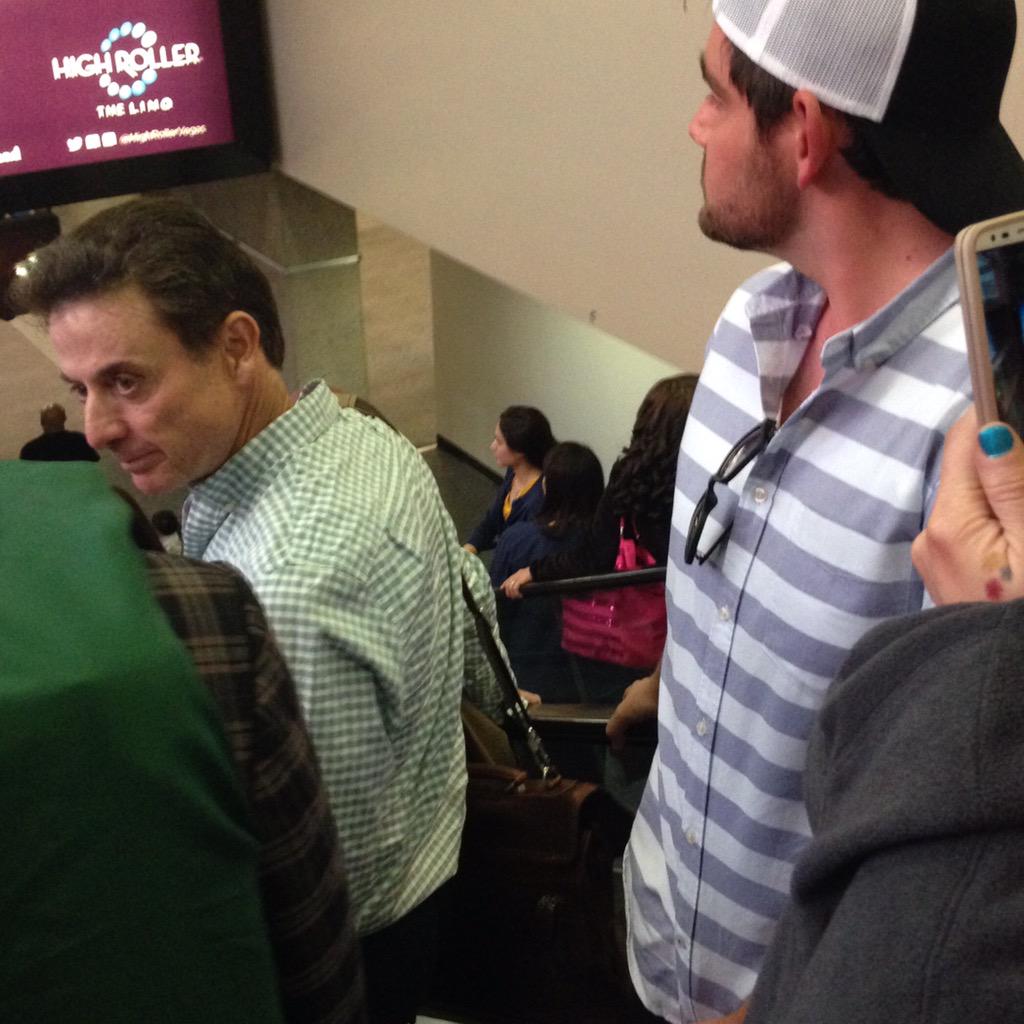 Pitino and I on our way into Las Vegas

Here’s a very bizarre rumor for your Saturday evening. It’s so bizarre and laughable, you might just forget about the day’s loss for a moment or two.

According to The Las Vegas Review-Journal, Rick Pitino has expressed interest in the UNLV job.

Let’s do that one more time because I can’t even believe I’m typing those words.

According to The Las Vegas Review-Journal, Rick Pitino has expressed interest in the UNLV job. (I can’t make that up.) The Review-Journal’s source “insists” Pitino has eyes on the Rebels’ recent coaching vacancy, a position he considered 15 years ago before going to Louisville.

It kind of makes sense, too:

Pitino has several influential friends in Las Vegas, and if the most powerful boosters are serious about returning the program to the big time, it’s time for the deepest-pocketed boosters and some of the university’s clumsy administrators to lose a small-time mentality and shoot for a major star.

Even if the cost is around $4 million per year?

“If Pitino is interested, the money would be there,” a source close to UNLV said Friday.

Time will tell if that’s true, and if Pitino is serious about a move. [ReviewJournal.com]

CAN YOU IMAGINE RICK PITINO IN LAS VEGAS???

AND WHAT A WAY TO LEAVE THE LOUISVILLE SCANDAL BEHIND!

Wow. Just wow. This has to happen. I know it’s only a rumor and early interest and all that right now but this would be a storybook ending to his career.

Sign me up for Rick in Vegas. I will live in the Golden Nugget and follow his every move.